Yeah, like that'll work!  As Assad has continued to murder innocent civilians for the last eighteen months, we have heard and seen Hillary and the MIC tell him to "stop it! Stop it right now, or we'll be angry."  In the wake of internet blackout in recent days - and nary a whisper from MIC -  now comes this: 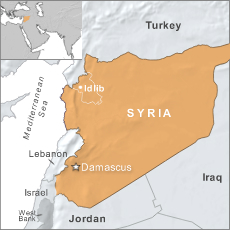 Nato Secretary General Anders Fogh Rasmussen has underlined US President Barack Obama's warning to the Syrian government not to use chemical weapons against its own people.

At a Nato foreign ministers' meeting in Brussels, Mr Rasmussen said their use would be "completely unacceptable".

The foreign ministers are expected to approve the deployment of Patriot anti-missile batteries to Turkey.
The move is designed to defend Turkey's border with Syria.


Speaking ahead of the meeting, Mr Rasmussen told reporters: "The possible use of chemical weapons would be completely unacceptable for the whole international community.

"If anybody resorts to these terrible weapons, then I would expect an immediate reaction from the international community."...

Syrian citizens continue to be murdered and from 1600?  SSDD.

Email ThisBlogThis!Share to TwitterShare to FacebookShare to Pinterest
Labels: Syria and Chemical weapons