I am a lunar lady. I have always been fascinated by the moon and space travel since I first saw man land on the moon. Today, as NASA celebrates 50 years, I am reminded of the Robert Browning's quote:

Ah, but a man's reach should exceed his grasp, Or what's a heaven for?

THAT is one of my signature tunes. You may have heard me singing it! In 1961 when President John F Kennedy made his pledge to land a man on the moon, I was unaware of America - yes, really! But, by a few simple words, President Kennedy dedicated the best of America's brains to landing a man on the moon and bringing him home safely..In his inaugural speech he promised that within the next decade man would reach for the stars. I still respond to those few words, which set the course of lunar history. You can watch that clip here.

Buzz Aldrin, Neil Armstrong, Yuri Gagarin; all names etched on the forefront of human history. But even before man was hurled into space, dogs led the way. (Go figure...lol) 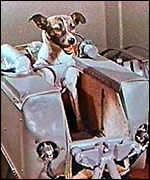 Laika - the first dog in space

What happened to Laika is public record (you can read much more here,) and since that initial "race" for the moon between America and Russia there have been many glorious triumphs and a few disasters. 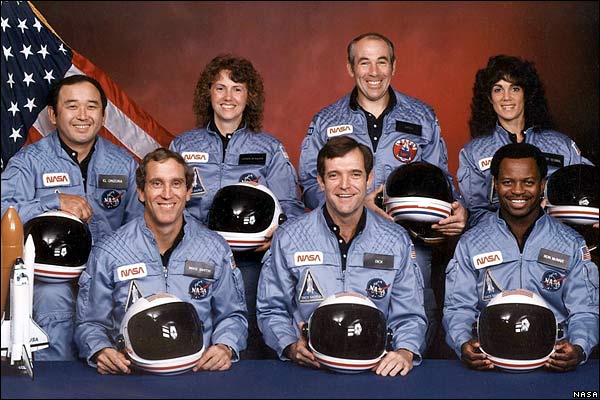 To this day, I doubt many can watch any 1986 video of the Challenger without chills down the spine. I know I can't. Within that capsule of time was embodied all the aspirations of man's reach for the stars. To read the many sources of man's exploration beyond the earth's orbit is to marvel. From those early days of 'competition', today we have many nations co-operating, working together in a common goal. For a timeline of the space adventures, start here.

And now? Mars is on our horizon, within our grasp. Amazing pictures have been sent via Phoenix Lander. Spectacular: A view of Echus Chasma, one of the largest water source regions on Mars, showing a network of valleys (source)

All of this proves that there are no limits to human endeavour. And yes, as we celebrate 50 years of NASA, I read that Richard Branson has just announced his plans to launch tourists into space - for a cool $200,000 per. I don't know about you, but if I had that amount of money, I would be signing on for this incredible 'out of this world' adventure. (You can read more on this here.)

There is much work still to be done on our own planet earth, but I believe that within the continued exploration of our universe - of which earth, and we, are but small specks - lie many of the answers to our own place in the universe.

NASA---The one thing we need to FUND....that we use to sit and watch with baited breath as Americans--and now overlook for the likes of stupidity IE: American Idol, Drama Shows, and CSI garbage.
Long past are the days of REAL reality TV when we watched shuttle missions and a launch into space.....