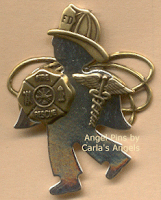 I have written before about AG Holder's announcement to hold Khalid Sheikh Mohammed accountable for his terrorist actions in a New York civilian court. You can read those again here, here and here. That last link was an interview with Diane Fairben, mother of Keith, one of the heroes of 9/11.

..this was an act of war. They had an agenda and were military trained......

"...somebody has to be held accountable, to make sure the right thing is done. The right thing is that they be tried in military court... that is absolutely the right place." (follow the above links to read who else agrees with Diane.)

There have been rallies, there have been letters, to AG Holder. Members of the 9/11 Families have gone on national radio and television to demand that KSM be tried in a military court.

Now there is a petition:

We, the editors of HUMAN EVENTS, RedState.com, and the many Americans who have attached our names to this petition hereby request that you try al-Qaeda's confessed 9/11 terrorist mastermind, Khalid Sheikh Mohammed and his four al-Qaeda cohorts in a military tribunal, reversing your precedent-changing decision to try them in a civilian court in New York City.

There is no reason, much less a requirement, under U.S. Constitutional or statutory law to grant KSM and the others the right to a trial in civilian courts, nor to offer them any of the corresponding Constitutional rights afforded U.S. citizens. Logic, reason, and justice demand that the terrorists who planned the 9/11 attacks be treated as enemy combatants in a war against the United States, not as common civilian criminals.

Our reasons for urging you to reverse your decision include:

1. Trying these terrorists in a civilian court would be a break with 200+ years of American jurisprudence. From British spies during the War of Independence to Nazi saboteurs caught on U.S. soil during World War II, we have tried those who make war against America in military, not civilian, courts. This change in policy sets a potentially catastrophic precedent. This would not happen with a military tribunal;

2. The very real possibility exists that if tried in a civilian court, KSM and the others could be acquitted on a technicality, such as their not having been informed of their Miranda rights, or having been denied a speedy trial. This would not happen with a military tribunal;

3. KSM and the others should not be allowed to hijack our courts, using them as a media circus to promulgate their hate-filled, extremist views. This would not happen with a military tribunal;

4. A civilian trial would send the dangerous message to our enemies that the United States has reverted to its ineffective, pre-9/11 crime-fighting approach to terrorism. This would not happen with a military tribunal;

5. In a civilian trial, valuable intelligence about interrogation techniques and other classified information will be revealed to America's enemies, giving them a huge advantage in successfully carrying out terrorist plots in the future. This would not happen with a military tribunal;

6. Americans are willing to pay to ensure justice is served. However, the estimated security cost of $200 million for the KSM trial is completely avoidable and a total waste of taxpayer money. This would not happen with a military tribunal; and

7. While Americans are willing and able to stand up to protect themselves and their property, trying KSM and the others in New York invites a terrorist attack, creating a huge, unnecessary risk to our court workers, jurors, and everyone in the New York City area. This would not happen with a military tribunal;

Our final words are from David Beamer, father of Todd Beamer, one of the heroes of United Flight 93: "Our enemies must be thrilled" he wrote of your decision to give KSM and the others a civilian trial in Manhattan. "We are willingly handing them an opportunity to inflict economic harm on New York City, keep their cause in the headlines, gather new intelligence, create new terror strategies, stimulate recruiting, celebrate new found rights, and foist a fresh round of pain and suffering upon their victims."

The Editors of HUMAN EVENTS and RedState.com

So far, over 15,000 Americans (and at least one foreigner!~) have signed to tell AG Holder that KSM MUST NOT be tried for his war crimes in a US civilian court.

PLEASE add your name, send a loud and clear message to this administration. and then pass this along. Do this for America.

Do it for Keith.