Yet more bs. Are YOU paying attention? : 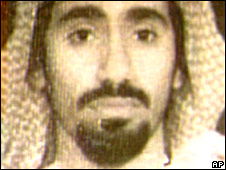 FORT MEADE, Md., Feb. 7, 2013 – Pretrial hearings for the suspected USS Cole bomber are on hold until mid-April as doctors assess his mental competency and the military commission determines how that will affect future proceedings.

The latest round of hearings for Abd al-Rahim al-Nashiri kicked off Jan. 4 at Naval Station Guantanamo Bay, Cuba, and had been scheduled to conclude today.

However, that schedule got derailed after the prosecution requested a mental-health assessment, challenging the defense claim that Nashiri suffers from long-term post-traumatic stress allegedly caused by enhanced interrogation techniques the CIA used on him before he was transferred to Guantanamo Bay.  [Yes, emphasis mine]

Members of the defense questioned what such an assessment would provide, telling the commission judge, Army Col. James L. Pohl, they lack faith in any medical practitioner the convening authority might appoint to conduct it. Pohl authorized the exam, but granted the defense’s request that Dr. Vincent Iacopino, a member of the Physicians for Human Rights organization with expertise in torture, be called on to provide advice on how to conduct it without “doing harm.”

Iacopino testified via teleconference Feb. 5, explaining special requirements for mental health exams on torture victims. He acknowledged that he has neither met nor examined Nashiri.

Dr. Sondra Crosby, who reportedly has examined hundreds of torture victims as director of medical care at the Boston Center for Refugee Health and Human Rights, is expected to conduct the exam.

Pohl told the court Feb. 4 that he would not take up other legal and administrative issues surrounding the case until after the mental-health assessment is complete. He recessed the court following Iacopino’s testimony, and proceedings are expected to continue in mid-April.

Nashiri is a Saudi-born member of al-Qaida. U.S. officials allege he was under the personal supervision of Osama bin Laden, and that bin Laden personally approved the attacks on the U.S. Navy ships.