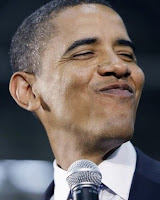 I have been following the injustices heaped upon George Zimmerman since the night he encountered the 'child' Trayvon Martin.  As anybody knows who has been paying even a smidgen of attention, a jury recently acquitted George Zimmerman:  found him INNOCENT of the charges leveled against him by a politically motivated prosecution. Much 'ink' has been spent - and airwaves filled - as the MIC and his minions continue to lead the chorus to find Zimmerman guilty of SOMEthing, anything.  The reactions, aided and abetted by the usual race-baiters Sharpton, Jackson et al, based on proven lies, understate the very UNcivil, paid, demonstrations and calls for "Kill Zimmerman" dutifully reported by the msm; all wrapped in the cries of 'what about Trayvon's civil rights?' all the while conveniently ignoring the FACTS, of course.

Bill Whittle put together a video based on the FACTS, which  more than a few people sent to me. Whittle is far more articulate than I could hope to be.   Of course, for all those screaming for 'Justice for  Trayvon' - led by Barack "Trayvon could have been me" Obama, facts are irrelevant if they don't further their own agenda.  However, the facts IS the facts.

Excellent and I am going to use the Whittle video.. great find Brat!