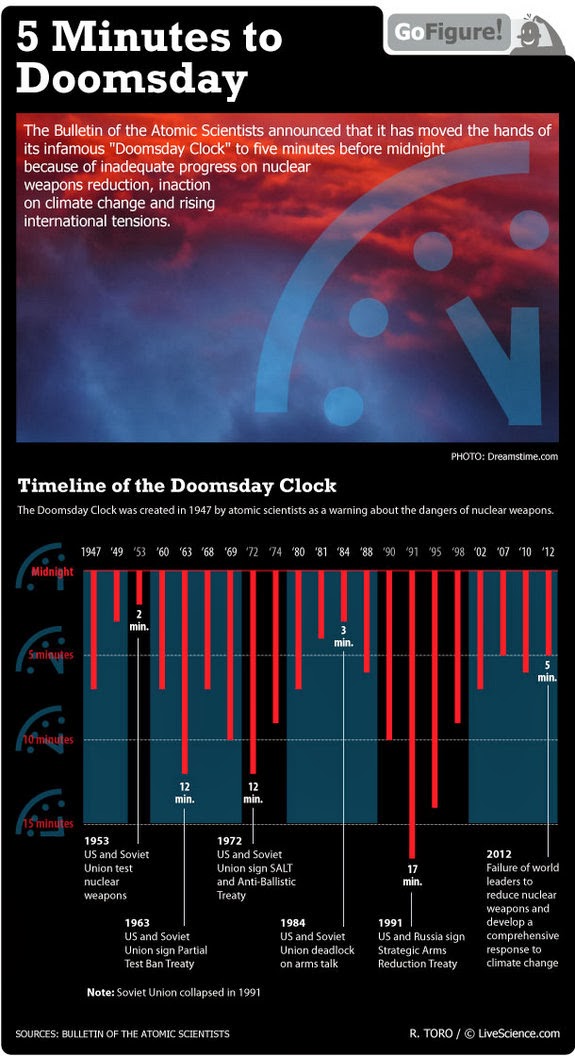 Bulletin of the Atomic Scientists: It is still five minutes to midnight — and much too close to doomsday. The minute hand of the Bulletin’s iconic Doomsday Clock has been at five minutes to midnight since January 2012. In explaining why the hand would remain so close to figurative doomsday, the Bulletin’s science and security experts focused on the failure of world leaders to take action which would reduce the possibility of catastrophe related to nuclear weapons and climate change.

The Science and Security Board of the Bulletin of Atomic Scientists the other day called on the United States and Russia to restart negotiations on reducing their nuclear arsenals, to lower alert levels for their nuclear weapons, and to scrap their missile defense programs.

The Board also implored world leaders to take immediate action to combat climate change as it announced that the minute hand of the Bulletin’s iconic Doomsday Clock will remain at five minutes to midnight because “the risk of civilization-threatening technological catastrophe remains high.”...


No mention of Iran, but very interesting article here.
Posted by The Brat at 5:36 AM