I really don't know where to begin with commentary about all that is going on in Iran today. Some would say I don't need to say anything, since the video above that I found on YouTube yesterday speaks far more forcefully than I ever could. THIS is what the face of Iran looks like today.

And the rest of us? Well, reports say that the Canadian Embassy in Tehran is closed for the weekend, and therefore not taking in the injured from Tehran streets as other embassies are reportedly doing. I don't know if this is true, but if it is I have to ask "why?":... Yes, embassies typically offer assistance to their own nationals abroad, BUT since when did non-political compassion need mandating for ANY embassy for ANY in need?

Of course, I am old enough to remember 1979 when our Ken Taylor quietly took in US citizens to the Canadian embassy. This was as Iranian "students" took over the US embassy. There was no public announcement of what Mr Taylor was doing, or the role of Canadian helping our allies. Only later did the world get to hear the harrowing details about what Canada had actually done to help. I hope and pray the Canadian embassy in Tehran IS stepping forward - even discreetly - to help the Iranian population. Compassion needs no national flag.

Then we come to the CBC. Yes, again. Turned on my radio to check out the content of the Sunday Morning national current affairs programme. Not one mention of Tehran or what is going on there. This may be a good thing, given the fuzzy commentary that comes from the CBC some days, but hello? Not even a five second acknowledgement, on a three hour programme, that blood is running in the streets of Tehran? My tax dollars at work.

Meanwhile, Neda becomes the human face of the brutality of the Iranian regime. As you all probably know by now, Neda means "voice" in Farsi, and these pictures of Neda gunned down in the streets will - I suspect - resonate as the "voice" of freedom for many Iranians.

Today, "they" came for the Iranians, and the president of the USA went for ice cream. Tomorrow? The insanity continues.

[Addendum: Be sure and check out FaultlineUSA's post here.] 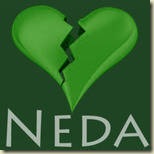 And then there is this from today:

As a father of two daughters, I understand why the President of the USA felt a need to spend time with his daughters yesterday.
After seeing what happen to Neda, I also felt a need to be with my daughters.

I too remember what Canada did in 1979. And I will never forget it too.