Sgt Matthew Telford: One of the five British Heroes 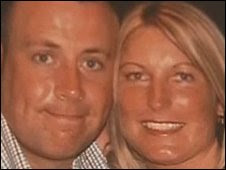 One of the soldiers has been named by his family as Sergeant Matthew Telford.

Sgt Telford's family released a statement to the media: 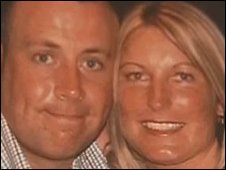 Sgt Matthew Telford joined the Army when he was 16

The family of a Grimsby soldier who was among five shot dead in Afghanistan have spoken of his love for the Army.

Father-of-two Sgt Matthew Telford, of Scartho, was one of three Grenadier Guards who died in a shooting carried out by a rogue Afghan policeman.

His uncle William Ferrand told BBC News: "Matthew's role was training the Afghan forces. It was his job and he absolutely loved it.

"Everybody knows what a wonderful lad he was. It has devastated all of us."

The five dead soldiers, three from the Grenadier Guards and two from the Royal Military Police, had been mentoring and living with the Afghan police in a compound.

Sgt Telford, who had been in Afghanistan since 20 September, leaves a wife Kerry and two sons aged nine and four.

Mr Ferrand said: "His two sons are going to be devastated and will miss their father. Whatever Kerry wants we will as a family make sure we do as much as we can to help her.

"We're a military family, but he was the first one to join at the age of 16.

"Nobody wants their family to go out there but it was what he wanted to do. That was part of his job and he knew that."

There is also a video clip on that piece here.