Sgt Danny Nightingale WILL be home for Christmas.  I last wrote about Sgt Nightingale here: http://assolutatranquillita.blogspot.ca/2012/11/sgt-danny-nightingale-sas-hero-sent-to.html 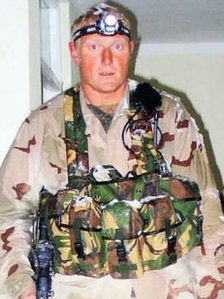 The pistol was given to Nightingale as a present, his supporters say
An SAS soldier detained for 18 months for illegally possessing a pistol and ammunition has won his freedom at the Court of Appeal.

Sgt Danny Nightingale, 37, from Crewe, admitted possessing the 9mm Glock pistol and 338 rounds of ammunition at a court martial earlier this month.

Judges at the Court of Appeal reduced Nightingale's sentence to 12 months.

However, they suspended the sentence and said he could be released immediately.

The weapons and ammunition were recovered by police from Nightingale's Army accommodation near Hereford.

Nightingale's wife Sally, 38, cried when the verdict was delivered and when asked if she was "thrilled" she nodded....

WELCOME HOME, Sgt, and Merry Christmas to the Nightingale family......
Posted by The Brat at 8:59 AM