As MIC at 1600 Pennsylvania Avenue proudly announces the US delegation of gay representatives to the Sochi Olympics (to make a statement, doncha know,) silence from the White House on this. 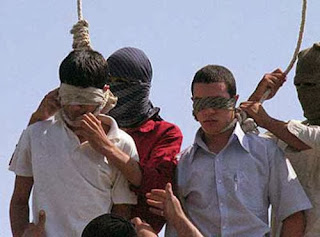 But gay activists everywhere know that Phil Robertson is the real threat.

LUCKNOW: A Bareilly-based cleric has issued a fatwa against homosexuality and live-in relationships calling them anti-Islam and said Shariyat has provisions to punish those indulging in such acts.

The fatwa was issued by Mohammad Afzaal Rizwi, the mufti of Darululoom Ifta at Dargah Aala Hazrat, Bareilly in response to a query by Akhlaq Ahmed Siddiqui Noori on the issue.

The mufti has cited two hadis (teachings of the Prophet Mohammed) from the Quran as a premise for his fatwa. As per Hadis Dur-re-mukhtar, such acts could attract severe punishment, he said. "A person may be burnt alive, pushed from a high wall or be beaten publically with stones if he indulges into either of the two behaviours," the fatwa states....