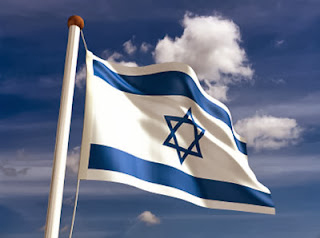 List of Palestinian terrorists set to be freed by Israel

The prisoners to be freed in the third official Palestinian prisoner release are as follows:

1. Alafandi Mahmad Yusef Adnan arrested on May 13, 1992 for the stabbing and attempted murder of Dan Rotkowitz and Yaniv Shaham.

2. Shahada Farid Shahada Ahmad arrested on February 16, 1985 for the murder of Yosef Farhan, a Jaffa man suspected of being a collaborator. He was scheduled to be released in February 2030.

3. Yakoub Muhammad Ouda Ramadan was arrested on April 1, 1993 for the murder of Sara Sharon, 38. A mother of seven, Sharon was picked up by Ramadan and co-conspirator Afana Mustafa Ahmad Muhammad in the Holon Industrial District on January 20, 1993. Sharon was stabbed repeatedly and next to her body the men left a note vowing further attacks until Palestinian refugees are allowed to return to Israel.

5. Abu al Rub Mustafa Mahmoud Faisal was arrested on September 25, 1991 for shooting and murdering soldier Yoram Cohen. In addition, he murdered five Palestinian civilian who was suspected of collaborating with the authorities.

6. Kamil Awad Ali Ahmad was arrested on September 29, 1993 and convicted of murder for the killing of a total of 16 people, including soldier Yoram Cohen and 15 Arabs suspected of collaborating with Israel.

7. Damara Ibrahim Mustafa Bilal was arrested on June 6, 1989 for the murder of Frederick Rosenfeld, 48, a New York native. Rosenfeld was stabbed with his own knife by a group of shepherds while hiking near the Ariel settlement.

8. Abu Mohsin Khaled Ibrahim Jamal was arrested for October 4, 1991 for the murder of gardener Shlomo Yehiya, 76, the father of six was stabbed to death during the Sukkot holiday, according to Almagor Terror Victims Association....

I read that John Kerry is on his way to the middle east - maybe to greet them upon their release?


Go read the complete list of the murderers about to be released here.

From a Christmas day story on this planned release:

The Almagor terror victims announced that it will hold a protest vigil opposite Prime Minister Binyamin Netanyahu's home starting Wednesday morning. At the protest a large screen is planned to be set up, where video recordings of bereaved family members asking Netanyahu to cancel the release will be played.

Opponents of the terrorist release note that according to agreements between Israel and the US, each release batch is to be preceded by a special meeting of a ministerial cabinet to determine whether or not to approve the release.

Those against the release argue that if meeting is a rubber stamp process which can only approve the release, there is no point in dividing the release into batches. Rather they reason that the release should be all at once to prevent the anguish of bereaved families.

Opposition to the release has been expressed from within the coalition government itself. Jewish Home Chairman Naftali Bennett commented sardonically that "we continue the diplomatic process as if there is no terror, while the Palestinians are continuing the terrorism as if there is no diplomatic process." Deputy Defense Minister Danny Danon (Likud) has similarly opposed the releases.

Former MK Michael Ben-Ari offered a different solution to the terrorist release problem. Ben-Ari protested the last batch of releases in late October, saying "we’re against freeing terrorists, and in favor of killing them." [emphasis mine]

The terrorist releases come as part of ongoing peace talks, whose secretive contents were recently revealed by PA sources. US Secretary of State John Kerry's proposed plan, which he intends to push through in January, includes international control of Jerusalem, mass Israeli withdrawals in stages, and guarantees from Israel to "earn" its status as a Jewish state.

Meanwhile PA Chairman Mahmoud Abbas has rejected the plan. A senior Palestinian Liberation Organization (PLO) official revealed the PA is staying in the talks only to free all 104 terrorists.

After initial reports that Kerry might delay the third batch of terrorist releases to pressure Abbas into accepting his plan, Abbas rejected the notion, threatening "total failure" in the talks.