The Army’s most senior nurse has received a prestigious award recognising his inspirational leadership in the field.

Colonel David Bates is among a group of Nursing Times Leaders described by the publication’s editor, Jenni Middleton, as being “the most influential, intelligent and impactful nurses in the profession”. 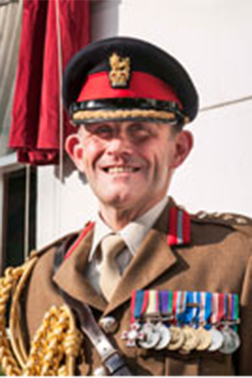 His “impressive career history” was praised by judges as illustrating the crucial role of the nursing profession in the armed forces. Nursing Times also highlighted the “important contributions in both clinical and strategic areas” that Col Bates has made.


Col Bates has been in the Army for 34 years, after three years in the Reserves. He is now in his final appointment, where he is focussed on promoting, protecting and restoring soldiers’ health. ...

Much more about the Colonel's career here.
Posted by The Brat at 1:09 AM