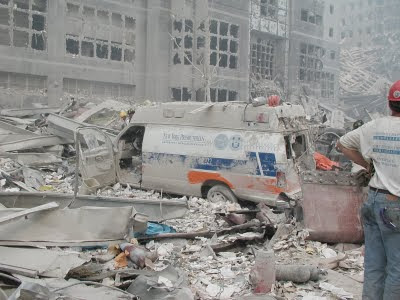 By DAVID B. CARUSO

NEW YORK -- The federal fund for people with illnesses related to the Sept. 11 attacks said Friday it has been able to issue compensation decisions to only 112 people out of nearly 55,000 who have applied so far - a performance one advocacy group called unacceptable.

In her second annual report, Sept. 11th Victim Compensation Fund special master Sheila Birnbaum said her staff had spent much of the year resolving bureaucratic problems and dealing with a huge surge in applications that arrived as people exposed to dust at the World Trade Center raced to beat an October filing deadline.

The fund has been able to award only $27.2 million of the $2.78 billion appropriated by Congress. Little of that money has actually reached people, because of a decision to hold back 90 percent of the cash until administrators know whether they will have enough in the fund to pay all claims.

The slow pace has upset some advocates for the sick. It also raises questions about whether the fund has the resources to handle the mountain of applications from police officers, firefighters, construction workers, and other people who were caught in the dust cloud when the twin towers collapsed, or who worked on the burning debris pile.


For the 2013 Annual Report from the Victims Compensation Fund go here.