Everybody knows how abused the poor misunderstood residents of GITMO are on a daily basis.  From Jihad Watch, comes the latest evidence of why the camp of torture MUST be closed ASAP: 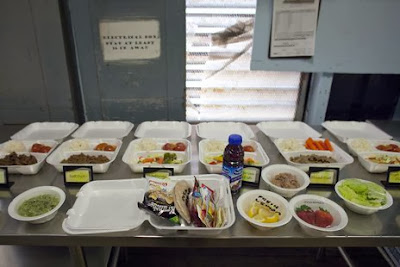 Thanks to a multimillion-dollar federal contract, Guantanamo Bay prisoners can enroll in seminars to learn all about basic landscaping and pruning, calligraphy and Microsoft PowerPoint while the U.S. figures out what to do with them.

Prisoners also can get in touch with their artistic sides.

The documents surfaced last week in a U.S. Court of Federal Claims lawsuit stemming from a dispute over a more than $5 million contract to provide library and seminar services to detainees at U.S. Naval Station Guantanamo Bay, Cuba.

The papers offer a glimpse at just how military detainees can pass the time while officials decide their fates.

President Obama is pushing once again to make good on his promise to shut down the prison, hoping to make it easier to transfer detainees out of the facility as part of the upcoming debate on the annual defense policy bill....


Because landscaping skills will certainly be a useful life skill for those recidivists among the released GITMO residents.