Some Gave All: WO2 Ian Fisher 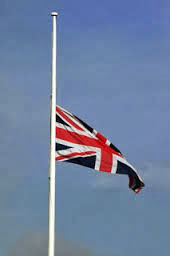 It is with great sadness that the Ministry of Defence must confirm that Warrant Officer Class 2 Ian Fisher from 3rd Battalion The Mercian Regiment was killed in action in Helmand province, Afghanistan, on 5 November 2013. 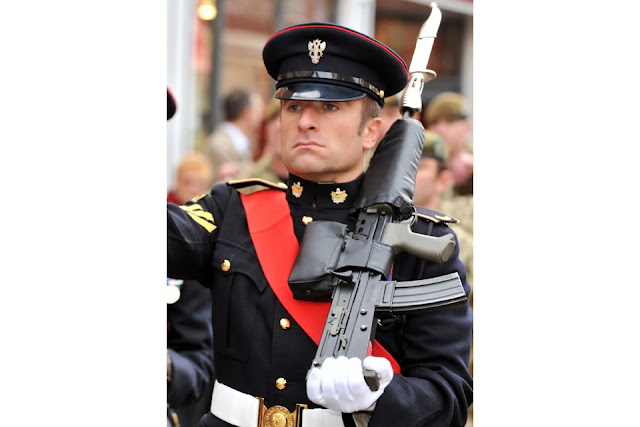 Warrant Officer Class 2 (WO2) Fisher deployed to Afghanistan on 19 August 2013 as the Warrior fighting vehicle Sergeant Major for the Task Force Helmand Armoured Infantry Company of A Company, 3rd Battalion The Mercian Regiment. His unit was part of the Manoeuvre Battle Group of 7th Armoured Brigade, based at Patrol Base Lashkar Gah in the Nahr-e Saraj district of Helmand province.


On Monday 4 November, WO2 Fisher deployed with his company on a 2-day operation to disrupt insurgent activity in the vicinity of Kamparak to the north east of his patrol base. The following day, as a meeting was being conducted with Afghan National Security Forces, WO2 Fisher’s vehicle was subjected to a vehicle-borne suicide attack. WO2 Fisher was evacuated by air to the military hospital at Camp Bastion, where it was confirmed that he had been killed in action.

WO2 Fisher was born on 6 October 1971 in Barking, Essex, and grew up in Elm Park, Hornchurch, Essex. He attended Ayloff Primary School, Sanders Draper School and Havering Technical College before going on to Staffordshire University, where he read physics and geology, obtaining a Bachelor of Science honours degree in 1993.

Alongside his studies, WO2 Fisher joined the Territorial Army in February 1993 with B Company, 3rd (Volunteer) Battalion The Staffordshire Regiment, based in Stoke-on-Trent. The Army rapidly became his main focus and, after completing his degree and a total of 3-and-a-half years’ reservist service as a Lance Corporal, he volunteered to go to Hong Kong in August 1996 as a regular private with B Company, 1st Battalion The Staffordshire Regiment (Prince of Wales’s).

WO2 Fisher enjoyed hill walking, climbing and camping with his family and friends. He loved to travel at every opportunity.

His colleagues describe him as the epitome of an infantry sergeant major; straight talking and obsessive in his pursuit of excellence and gaining the most from his subordinates while ensuring their well-being. Yet he was this and more, with an honours degree in physics and geology to his name; his intellect, wit and strong sense of humour marked him out from his peers. He will be sorely missed across the battalion.

WO2 Fisher leaves behind his wife, Emma; 2 sons, James, aged 7, and William, aged 5; and his parents, Simon and Helen.

Ian will always be the centre of my life. He will be remembered as a doting father, loving husband and a true professional soldier. He loved being a soldier, that’s what he lived for. We are all so proud and always will be.


To lose a soldier in combat is a tragedy that hits any unit hard, but to lose a warrant officer of WO2 Ian Fisher’s calibre and standing in such a tight knit family regiment is a huge blow that has left the whole battalion numb.

Qualified in both light role and armoured infantry, it was his expertise on Warrior fighting vehicles that set WO2 Fisher apart from his peers and for which he was widely respected as one of the best of his generation across the Army.

His reputation as a tough talking, no nonsense sergeant major belied his quick wit and mischievous sense of humour and his men loved him for it. A larger than life character, he played a pivotal role in battalion life, always at the forefront where there was fun to be had.

His nickname of ‘The Colonel’ epitomised him; he was the consummate professional, never happier than when leading from the front and making things happen. Hugely popular, he is already sorely missed.


Our thoughts are with his wife, Emma, two sons, James and William, and his parents, Helen and Simon, at this most difficult of times....

Go HERE and get to know this fine young Warrior.

Rest In Peace, Sir.  Your sacrifice will not be forgotten.

Email ThisBlogThis!Share to TwitterShare to FacebookShare to Pinterest
Labels: Some Gave All WO2 Ian Fisher