Rest In Peace WO Patrice Vincent

Warrant Office Patrice Vincent is being laid to rest today.

In the prime of his life - a lifetime of choosing to Serve our country - he was deliberately targeted and killed by a terrorist. In Canada. 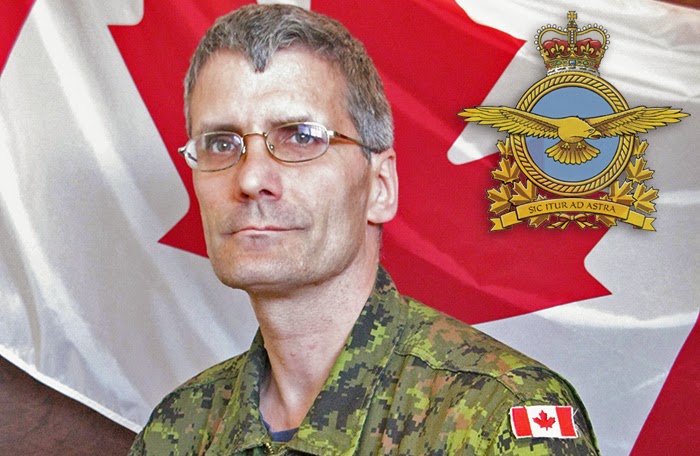 The military funeral of Warrant Officer Patrice Vincent will be held on Saturday, November 1, 2014, at Cocathédrale Saint-Antoine-de-Padoue in Longueuil, Quebec.


Warrant Officer Vincent was killed while on duty on October 20, 2014, in a deliberate hit-and-run incident in Saint-Jean-sur-Richelieu, Quebec.


Citizens who wish to honour Warrant Officer Vincent are invited to pay tribute on Saturday, November 1 along the funeral procession route, which will begin at the Yves Légaré funeral complex in Longueuil, Quebec. The procession is scheduled to begin at the complex at 10:15 a.m. and then proceed to the Cocathédrale Saint-Antoine-de-Padoue via Marie-Victorin Boulevard, Bord de l’Eau Est Street, Grant Street, and Saint-Charles Street West.


In accordance with the wishes of the family, attendance at the church will be restricted to invited guests only. Following the service, military units and uniformed service members are invited to assemble on Saint-Charles Street to pay their final respects as the procession passes en route to a private interment.


Members of the Vincent family have asked the media to respect their privacy during this difficult time. For now, they do not wish to address the media, preferring to focus on the use of tools such as a possible Facebook memorial page dedicated to Warrant Officer Vincent.


Warrant Officer Patrice Vincent served 28 years as a firefighter in the Royal Canadian Air Force. He was part of 438 Tactical Helicopter Squadron based in St-Hubert, Quebec.


He enlisted in the Canadian Armed Forces in May 1986 and during his career he was posted to Valcartier, Quebec; Comox, British Columbia; Halifax, Nova Scotia; Trenton, Ontario; Esquimalt, British Columbia; Edmonton, Alberta; North Bay, Ontario; Montreal, Quebec; and Saint-Hubert, Quebec.

Rest In Peace, Sir.  My gratitude, respect and prayers for you and your  family.

ALWAYS remembered.  ALWAYS honoured.
Posted by The Brat at 1:03 AM

Email ThisBlogThis!Share to TwitterShare to FacebookShare to Pinterest
Labels: WO Patrice Vincent