Michael Yon IS an Amoral Parasite: The meltdown continues

The Michael Yon meltdown continues. Back in 2009 I wrote a column called Amoral Parasites, recording the leeches over at ASSociated Press who insisted on photographing the heroism of a Marine Corporal, and capturing his dying moments on the battlefields, which they then insisted on sharing with the whole world. This despite pleas from his family NOT to, and despite top government officials making personal pleas to the publisher not to share their absolute disrespect with the voyeuristic public. You can read that column here. Please, GO READ IT!

In that column I give the OED definition of Amoral Parasite:

having no moral sense; unconcerned with right or wrong

Yon fits that definition precisely, as he has long followed the tradition of unethical behaviour of the msm as he wraps himself in his self-proclaimed "I support the troops - hit the PayPal."

He apparently makes a hell of a good living off the backs of our troops, albeit unattached to an major msm, but merely as an 'independent/photographer/faux journalist/not a blogger/personal advisor to high ranking US military.'

Back in June 2010 I wrote a short history of war reporting through the ages, calling it Getting the Story Right: A Cautionary Tale.

In that column I talk again about Yon's need to be first and exclusive with his 'reportage,' of in the sandbox/in your face breathless prose while demonstrating his less than zero caring for what effects his actions have on the wellbeing of our deployed troops. (But hit that PayPal, pal!)

As today's column by WOTN - posted below - proves - Yon IS an Amoral Parasite who stops at nothing to pad his own bank account, and stroke his own ego on the backs of our troops. As he is pursuing his personal vendetta to negatively impact (I am being restrained here!) an individual decorated deployed soldier's career and wellbeing, he is proving yet again, that HE has no shame, and NO HONOUR!.

Michael has NO shame. NONE. 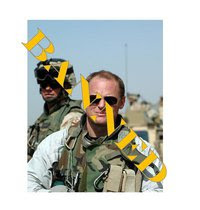 WTF? As my regular readers know, War on Terror News has been researching and publishing a series of columns examining the ethics (or actually the glaring lack of same) and modus operandi of Yon. Scroll down my sidebar and you'll find them here. If you have been reading along, you will have found the FACTS - the truth - about Yon, which still many of his FaceBook fans refuse to recognise. I was not going to write about Yon until WOTN had finished their series. Yes, WOTN has more to come, but today I am so outraged, I could hold off no longer.

In the past, I have written about media "personalities" who have stepped over the line of decency, and printed pictures of Marines dying, and who basically use our troops to boost their own egos(and public accolades.) In Yon's case, he struts - and stomps - on the backs our troops to finance his escapades (foot massages in Thailand, anyone?) All the while, his mindless sycophants send him $, and ' oooh' and 'aaaahh' at his supposed insightfulness (oh yeah, and integrity)as he 'supports the troops.' They slobber all over him in gratitude because he DARES to share what others will not....

In the last few days, Yon has decided to share 'what others will not.' Yon took it upon himself to share graphic details of the mortal wounds of a dying soldier; details which NO grieving family needs to read on the internet.; details which Yon has NO right, no business, sharing with the whole world. Based on just this latest incident, he surely qualifies an an Amoral Parasite.

As my regular readers will know, Yon has a loooooong and sordid history of stomping on our troops (and violating OPSEC) whenever he runs low on funds, or needs his delicate ego stroked: 'Pay attention to meeeeeeeee. I am so important.' As always, our troops and veterans call him to task, as did Major Chuck here:

Today, one of those 'milkooks' has a message for MY, and it is your must read of today...

Yep, another MUST READ here.

A Little Perspective Is In Order

PTSD is not limited to military personnel. People that survive horrible car crashes can suffer from PTSD. The survivors from the 9/11 terrorist attacks probably suffer from it. Someone that is robbed at gunpoint or raped is prone to it. I have no doubt that there is an element of it present at mortuaries where people are constantly subjected to bodies that suffered grizzly and inhumane deaths or are in various stages of decay. In other words, it’s a common reaction by people to a particular stressor in life and people react to it in different ways.

I recently read a story where a supposed “writer” was talking about the death of a Soldier. The unit the “writer” is embedded with has suffered many casualties during their deployment, which ends soon. I have friends in that unit that have expressed disgust with how this “writer” has completely disrespected their last two memorial ceremonies by getting in everyone’s faces and taking photos. While people were talking or grieving, he’d walk around taking photos, the audible “click, click, click” of his camera disrupting the services.

In this piece I read, the “writer” explained in dramatic and gory detail exactly how this Soldier had died – lying face down in the dirt, missing his arms and legs. When asked if he was okay, the Soldier responded affirmatively – either recognizing that he was about to die and didn’t want to worry his fellow troops or not realizing the gravity of his situation due to shock.

I took great disgust in this hit piece on the integrity and honor of this Soldier’s sacrifice being laid out in such gory detail for the world to see. But, it’s not the casual reader I care about. What bothers me is that this young Soldier has a family. He has a mother and father that one day will read this account and realize that their son died a painful and horrible death, face down in the dirt! It’s unconscionable that a responsible “writer” with a supposed military background would publish such details....

There is much more here, and it IS a MUST READ as CJ covers a myriad of topics which - in my opinion - clearly, and objectively, demonstrate what a menace Yon is to our troops.

CJ's column also has some timely - and timeless - legal advice for all the Yonbots, who are part of the Yon braying chorus of jackasses who comment/opine on issues and men they have no clue about.

Ignorance may be bliss, but it can also be very costly, in many, many ways.

I repeat: Yon should NOT BE ALLOWED ANYWHERE near our troops!

Email ThisBlogThis!Share to TwitterShare to FacebookShare to Pinterest
Labels: Yon as Amoral Parasite

Thank you CJ and Aunty Brat…. God Bless you. To the readers and the commenters… I am a Proud Mother of a US Army soldier who was KIA in Iraq in April 1, 2007, better know as a Gold Star Mother. I would like you to know that I know the details of my sons death, but not because it was published by any media or blog, but because I requested in 2009 from the Army. (and it was not pretty) If someone had published or blogged about it in 2007 I can honestly tell you that my personal PTSD would have put me over the edge and I could have harmed myself to the end. I consider myself a fairly strong person. As a Mother of a FALLEN HERO and who has oh so many friends and sisters in the unwanted Gold Star Family WE DO NOT NEED OR WANT THE DETAILS OF OUR CHILDREN’S DEATHS EXPLOITED OR PUT ON NATIONAL MEDIA OR INTERNET ESPECIALLY IMMEDIATELY AFTER. We are capable of sharing in our time not someone elses. WE ONLY WANT OUR HEROES NOT TO BE FORGOTTEN and their stories of life told. These memories are what keeps us and our Heroes alive. It is so sad to realize how stupid and inconsiderate most people who claim they care really are. And even jealous of what our Heroes (alive and in death) have done and continue to do even though their family.
God Bless us all.
Mickey