Amy Galvez Is Off To Boot Camp 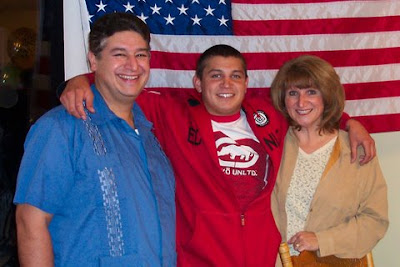 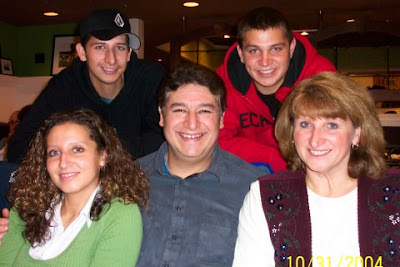 (pictures courtesy of They Have Names)

Amy Galvez is a Gold Star Mother. Like so many Gold Star Mothers, she honours her son - Adam - by serving and supporting troops still fighting on. My friend CJ sent me the following email about her latest project:

Amy Galvez Is Off To Boot Camp

October 1, 2008 By CJ
Posted in Charities/Contests

For those have known me for any amount of time know that I’ve worked hard on They Have Names to ensure that our fallen Soldiers have a name and that their story is told. One of the stories I told was that of Marine Corporal Adam Galvez. I was able to tell his story mainly through interviews with his mother, Amy.

Well, since Adam’s death, Amy has been very busy about the business of supporting other Marines and troops. She was instrumental in getting a street named Adam in their hometown in spite of the opposition to the war by their mayor. And now, she’s working to raise money for the Injured Marines Semper Fi Fund by putting herself through Marine Corps bootcamp…sort of.

We are going to the Marine Corps Recruit Depot to run the obstacle course used only by Marine Recruits. This is three mile course dotted with 17 obstacles including trenches, fox holes, wall climbs, tunnels, push ups, just to name a few, all with Drill Instructors hot on our heels to “encourage” us through the course.

BUT WHY?
To benefit injured Marines returning from Iraq and Afghanistan by raising money for the Injured Marines Semper Fi Fund. IMSFF is an awesome organization that has given over 8,000 grants totaling more than 22 million dollars to injured Marines and their families.

Our goal is to raise $7,500. With 15 team members each raising $500 we will easily meet our goal. I am asking you to make a donation to support my participation in Boot Camp Challenge to benefit injured Marines. Donations will be accepted through CoolMarines.org. Following the event, a check will be present to Injured Marines Semper Fi Fund. 100% of the money raised will be given to IMSFF. All team members are traveling and participating at their own expense. For more information and to make a donation go to http://www.coolmarines.net/boot_camp_challenge.html

Amy is an awesome Gold Star Mom who has put her heart and soul into everything she does since losing her son to benefit our troops. She spends hours with care packages and other awareness projects and does so quietly, without fanfare or a lot of attention. But, I’m the one bringing attention to this because she can’t do it alone!

Please spread this as far and wide as possible to help Amy meet her goal for a worthy cause.

Go to They Have Names and read about this remarkable family. Then, do what YOU can to help Amy on this one. Thank you.

Email ThisBlogThis!Share to TwitterShare to FacebookShare to Pinterest
Labels: Amy Galvez is off to boot camp, CJ They Have Names

I'd like to comment to Amy Galvez and her husband that the cover and story in "American Legion Magazine" May 2007, inspired me to build a steel sculpture from recycled metal as a tribute to all 'fallen Heroes'. I would be honored to connect by email or telephone regarding my sculpture and commitment. I am an Ex-Marine 1962-65.
Thank You, Gene Piersa