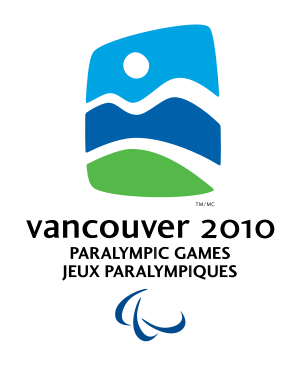 For the second time this winter, the House of Commons was alight in the glow of international competition yesterday afternoon, as MPs paid tribute to an iconic burning torch.

In mid-December it was legendary Canadian figure skater Barbara Ann Scott carried the Olympic flame into the lower chamber and yesterday, a three-time Paralympian provided a similar pride-provoking moment with the Paralympic torch.

Arnold Boldt of Moose Jaw, Sask., brought MPs to their feet in applause as he paraded the open flame in the Commons on the first stop of the torch relay leading to the 2010 Winter Paralympics in Vancouver, which get underway March 12.

Boldt, who won three gold medals in track and field at the 1976 Summer Paralympic Games in Toronto, was recognized by the Speaker of the House and MPs broke into a rendition of O Canada.

More than 600 torchbearers will carry the flame leading up to the start of the Games. The flame will be taken to Quebec City today, to Toronto tomorrow and Esquimalt and Victoria on Saturday.

It will then visit several B.C. communities before the Paralympic cauldron is lit at B.C. Place in Vancouver, marking the beginning of the 10-day Winter Paralympics.

In Victoria, the Paralympic flame will be featured in a special ceremony in Esquimalt hosted by the municipality and CFB Esquimalt in partnership with the Songhees and Esquimalt First Nations.

In Esquimalt the first person to bear the flame will be Capt. Trevor Greene, a reservist who suffered a severe head injury in a 2006 axe attack during a village meeting in Afghanistan.

Greene, now 45, is still recovering and has recently reached the point where he can stand, albeit while holding on to something. He is still working towards walking on his own and is writing a book. [emphasis mine]

In a telephone interview, he had one message for all Paralympic athletes.

I have followed Captain Trevor Greene's story since he was first wounded in Afghanistan. He IS an inspiration to many. Since 2006, much has been written about this man. The Torch (a Canadian site focused on military issues) has written about him. If you 'google' his name, you will find many sources to read on his journey.

Back in December 2008, Macleans magazine did an article on this remarkable man:

The reawakening of Capt. Greene

Trevor Greene not only survived an axe blow to the head, he lived to speak, move, write a book, and soon, marry.

Canadian army Capt. Trevor Greene is talking. Really, it’s hard to overstate how amazing that is. He’s sitting in the big easy chair in the den off the kitchen of the Nanaimo home he shares with his fiancée, Debbie Lepore, and their 3½-year-old daughter, Grace. The voice is quiet, for a big man of six foot four. The thoughts are clear and unflinching. Words are rationed; the sentences short, stripped of extraneous weight for their march across the wounded terrain of his brain. Like when he describes first meeting Debbie in 2001, at what he calls a Vancouver bar and she prefers to think of as a restaurant. They were with separate groups at separate tables. “I looked across the room,” the infantryman says, “and she captured me.” That says it all.

Lepore, smiling, arches an eyebrow at his hyperbole. “Across the room,” she says, “wasn’t it about five feet?” He shrugs. “It was her smile,” he continues, “and her laugh.” Whatever the distance, they’ve been closer ever since. Except for his deployment to Afghanistan, of course. She wasn’t there on March 4, 2006, when the platoon he was part of visited the village of Shinkay, when they sat with a circle of village elders under the trees, in the shade by the river. It was his last memory of Afghanistan. The Canadians had their helmets off as a sign of respect. Greene’s job was civilian-military co-operation, to help villages in Canada’s area of responsibility with access to clean water, medical facilities, electricity and schools.

The sad irony is, he was waging peace when 16-year-old Abdul Kareem stole up behind him, an axe hidden in his robes. He pulled it out in one fluid motion and with a cry of “Allahu akbar” (God is great) he buried the blade into the top of Greene’s head, propelled by the sort of two-handed swing you’d use to split a log for the fire. Greene’s eyes rolled back into his head; his blood, and, yes, some of his brain matter, spilled all over the Afghan ground. His brain was almost split in half, and yet he was breathing. Kareem reared back for another blow before three platoon members opened fire, killing him with a fusillade of bullets. Chaos reigned: the villagers fled, the platoon came under fire, medic Sean Marshall worked to staunch Greene’s blood loss during a 40-minute wait for a rescue copter. An incredulous radio operator at the Kandahar base asked to repeat the type of injury. “I say again,” responded platoon commander Kevin Schamuhn, “the nature of the wound is an axe to the head. Over.”

By the time Debbie caught up with him, days later, he was in an American military hospital in Germany, in a coma, with much of his skull cut away to ease the pressure of his swelling, fractured brain. The prognosis was awful: the doctors said that if he didn’t die, he would be in a coma; if not in a coma, then in a vegetative state.

Except here they are, almost three years later, Greene, 44, with a skull rebuilt with moulded composite plates, a full head of hair, and a brain that powers his thoughts, and his voice, and—with increasing success—his hands, arms and torso. “The recovery is like being frozen in a glacier and gradually warming up,” he says. “First my left hand and my left arm warming up. Then my right arm. Then my neck, gradually my legs until I am all thawed out.” ..

More of this amazing story about one of our heroes, is here. Go read.

Many people have cheered Captain Greene on during his journey, and a documentary film was made tracing his courageous steps from a village meeting with elders, to the Paralympics Torch Relay this week.


Peace Warrior followed Trevor and Debbie for more than a year as Trevor underwent brain injury rehabilitation at the Halvar Jonson Centre for Brain Injury in Ponoka, Alberta.

More from the filmaker’s press release:

“Trevor, a captain with Vancouver’s Seaforth Highlanders, was injured while serving in Afghanistan in March 2006. He was sitting at a small village meeting and had taken off his helmet as a sign of respect, when he was hit from behind with an axe to his head. He was not expected to live, and his recovery has been a series of near-miracles, aided in no small part by the fierce dedication and determination of his fiancée Debbie.

Peace Warrior has already won Best Biography Documentary at the Yorkton Film Festival, a CINE Golden Eagle Award, and was a finalist at both the Gabriel Awards and the Freddie Awards in the U.S. (here)

In The Torch, they have an excerpt from that documentary in a piece they wrote back in December 2008:

Trevor's next goal is to stand on his own and eventually even walk again. It's a goal that doesn't seem so impossible, when the seemingly impossible has already been overcome.

"Somewhere it was said I'm meant to live," says Trevor, "I'll spend the rest of my life searching for the reason."

Despite his personal struggle, Trevor says he supports the Canadian mission in Afghanistan, and believes our troops are making a difference to people's lives there...(here)

Captain Greene has proved - many times - what a credit he is to Canada. His courage and tenacity, in the face of seemingly overwhelming odds, prove what an incredible torch-bearer he is, in every sense of the word.

There is a short history of the origins of the Paralympics in Stoke Mandeville, England in 1948, and yes, there IS a military connection:

On 28 July 1948, the Opening Day of the London Olympic Games, in Stoke Mandeville, England, a sport competition was held for World War II veterans with a spinal cord injury. Four years later an international movement was born, as competitors from Holland joined these games.

[...]Since Seoul 1992 the Paralympic Games always take place at the same venues as the Olympic Games. (more here)

Thank you for your service, Captain Greene.
Posted by The Brat at 3:33 AM

Trying to get in touch with Capt Trevor Greene to let him know about Brain State Technologies in Scottsdale, Arizona, who are achieving amazing results in rehabilitating people with PTSD, among many other problems. I just wondered if they had heard of BST (go to www.brainstatetech.com) - its possible they have heard of him! I will contact them and ask them to get in touch.
Regards
Kelesi Woodhouse
Australia