Kevin Ivison: The Red One 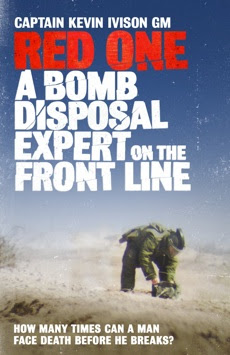 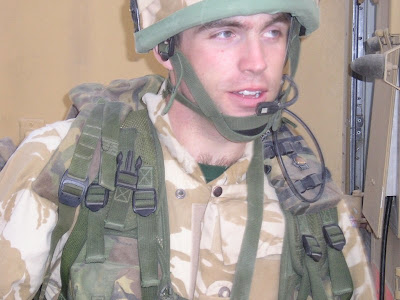 Kevin before approaching the culvert 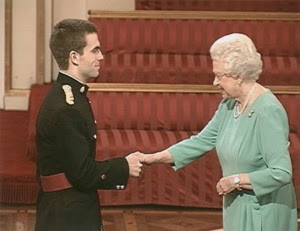 
As the Global War on Terror goes into its second decade, a new genre of books has sprung up as boots on the ground write first person accounts of their experiences.

Captain Kevin Ivison, an Ammunition Technical Officer (ATO) – the British Army’s bomb disposal experts - has written about a day when he was called upon to draw from his reserves of expertise and courage.

Already a seasoned veteran of Germany and Northern Ireland, Ivison was embedded with US forces in Al Amarah, Iraq as a weapons intelligence expert.

I just finished reading The Red One which was published last year, and it is a must read for any civilians who are looking for insights into what our troops face on a daily basis. From the technical aspects, to the almost painful to read stream of consciousness confessional, Ivison describes the day he took 'the longest walk,' and this warrior/writer takes the reader right into the action.

No review I add to the already glowing reviews written could do justice to details found in The Red One, the events of which led to Ivison accepting his George Medal, one of the highest honours to be awarded to any British soldier. The citation for this Medal to Ivison reads, in part:

[...] On arrival at the scene Captain Ivison was briefed as to the disposition of troops, the seat of the first explosion, the location of the casualties and of the secondary device, which lay in the central reservation about 80 metres west of the two stricken vehicles. Captain Ivison made his first crucial decision. Having no Wheelbarrow, and with the method of attack unclear, he had to inspect the contact point in person in order to discover how the attack had succeeded and to enable him to tackle the second device. Afterwards, he moved into and through the angry crowd. Accompanied by the six soldiers of the Royal Engineers Search Team, at a distance of around 100 metres he steadily worked his way around the device. He could tell that it bore all the hallmarks of a Passive Infra-Red initiated Explosively Formed Projectile, and that it was camouflaged with yellow hessian and expanding foam covered in dust.

Returning to his vehicle, he again telephoned the Senior Ammunition Technician. They discussed the threat of sniper fire and that Passive Infra-red devices should never be approached. Faced with the possibilities that as a risk to human life the device could not be left, that he could not discover its functioning mechanism, that in its current state it would prevent the recovery of the casualties and the Land Rovers, and that without an attempt at disrupting the device there would be no chance of discovering how the first attack had succeeded, Captain Ivison made his second significant decision. He would approach the device and attempt to disable the device at close range. Aware that his actions would probably result in his death, but unwilling to detonate the device without first trying to disable it, Captain Ivison donned his specialist protective equipment. He passed what he feared were his last messages to his loved ones to his Number Two operator, and turned to walk past the shattered body of his friend. Halting within one metre of the bomb, he searched for an angle of attack; finding none, he selected a large disruptive weapon that would attempt to disable the bomb and permit the recovery of the potentially life-saving forensic material that would enable the defeat of similar attacks. ..

(More of that here.)


That dry prose does not do justice to Ivison's actions of that day, but the book goes into excruciating details of the harrowing events. It also describes the aftermath for Ivison, as he then battled with PTSD. For those of us who love all our troops, and those of us who have witnessed the crippling effects of PTSD on those we love, this book is worth the read for the honesty with which Ivison shares his personal journey into, through, and out of PTSD.

As more veterans return to 'civilisation,' and add their voices to what will surely be a massive collection of dry tomes of battles fought and won in the history of this GWOT, Ivison's book is an important addition to our understanding of the true price of war.

Read more on him, and this book, at his own site here.

There is also a video of an interview he did, where he also talks about the current training for this dangerous job, with the BFBS here.

Thank you for your service, Sir.
Posted by The Brat at 4:22 AM

Email ThisBlogThis!Share to TwitterShare to FacebookShare to Pinterest
Labels: Kevin Ivison, Red One