Another 9/11 Firefighter/Paramedic Fights For Life

Just about every week, I hear of yet another survivor of 9/11 who continues to fight hard against one of the legacies of that terrible day. 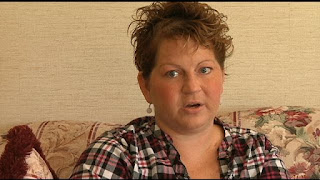 
Lawrence has been a firefighter and paramedic for almost 20 years, deploying once a year to disaster areas. Treating those helping at 9/11 was a surreal experience she will never forget. "If they needed stitches, if they needed breathing treatments, if they had foreign bodies in their eye, they wanted to be treated and sent right back out to the pile," said Lawrence of her two week stay in the city.


Six years later, Lawrence found a lump in her breast. And then a month later, she learned her cancer had spread. "It was advanced, stage four, meaning it had already gone into my lymph nodes.'


For five grueling years, the Walla Walla mother of seven has been going to chemotherapy and radiation treatments and testing. Lawrence had genetic testing done and it shows she is not predisposed to cancer. She says after returning from NYC, she had pneumonia for about a year. She says when she got the diagnosis, her whole family just knew what it was from.


"Not only did 9/11 take the lives of over 3,000 people in 2001, but since then, many firefighters, not just me, many firefighters continued to give their lives through cancer, through lung disease," Lawrence said....

Much more on this quiet Hero here.
Posted by The Brat at 1:09 AM