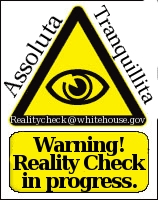 Monday night's debate was supposed to be about US foreign policy.  This on the heels of more evidence coming out daily that Obama's administration is directly responsible for the deaths of four Americans in Benghazi.  Check out this video. 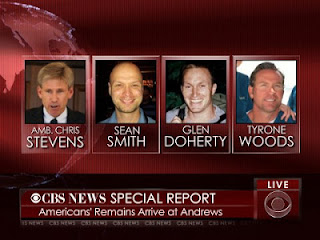 Many of us have been waiting for the Romney campaign to show us how differently they will approach America's foreign policy. 
In my opinion, the Obama Administration is vulnerable on Foreign Policy and National Security, which it continues to claim is its strength.  And it is not that I'm enamored with the Romney "me too" routine on Foreign Policy, but we have already seen that the Obama Administration has a record of making the wrong choices.  The Romney campaign seems to rest this important part of its platform on others to define, and while that may be the smart political move, it doesn't sit well with me.


Still, the stated differences are there:

The Obama Administration has already pushed through cuts of 49,000 Active duty Soldiers and Hundreds of Billions of Dollars in budgetary cuts, as well as the current generation of weaponry, in favor of what amounts to using the previous generation of technology held together by baling wire.  It is pushing for cuts of 100,000 Soldiers and Marines and $1 Trillion in budgetary cuts from the Department of Defense.  DoD officials are now beginning to admit that these budget cuts are driving the "new strategy," that has us withdrawing from the Middle East, giving equipment to Europe who refuses to pay for their own defense, and unable to protect our diplomats when attacked.


The Romney platform calls for ADDING 100,000 Troops, rebuilding Our Navy, and adding to the DoD Budget.  This is desperately needed.  Including the War on Terror, current Military Spending is less, as a proportion of GDP, than it was during the peaceful years of the 1980's.  We are well on our way to the type of Military that allowed WWI, WWII, Korea, and Viet Nam to occur.  Morale inside the Military is dipping below the Clinton cuts years, towards the Carter years.


Despite Biden's claim that after 2014, without exception, there would be no US Troops in Afghanistan, Obama this year signed an agreement to keep Troops there through 2024.  Though he forgot to predicate that with "combat" Troops, the fact will remain that those Troops will still be there and still be a target of the enemy which is regaining influence in the country.  Either Biden just outright lied, on purpose, or he has failed to read the White House's own website, and been excluded from the discussion inside the White House.  Regardless, the rush to retreat through 2014 is and has been, since 2009, a bad decision.  It has emboldened the enemy, which has significantly increased attacks to the point that 75% of ALL violence in Afghanistan has occurred since Obama took office.


Romney has only differentiated the point of broadcasting to the enemy the timeline of withdrawal, as far as I can tell.  When it comes to the 2014 date, he has said in debates, "Me too," while saying he disagreed with the publication of the timeline.  I suspect there are other differences, but I haven't seen evidence of them.  The Obama retort of "Liar, liar, pants on fire," to nearly every issue is childish, and lacks all value in a debate....


There is much more of this MUST READ here.

This US election is flooded with meaningless rhetoric from ALL sides, with Obama's campaign busting the richter scale of empty words.  His record proves - beyond all doubt - at least for me, that he is clueless.

The world is a far more dangerous place than it was four years ago, yet MIC is busy jetting off to nonstop fundraisers and sneering at any who dare to challenge him for FACTS - all the while lying to the American people (and the world) about his dereliction of duty in protecting Americans around the world.  Note to MIC:  Sneering is NOT a valid foreign policy.

I believe that it is no exaggeration to see this election in America as the most important in this generation.

Now, more than ever, it is vital that Americans PAY ATTENTION.
Posted by The Brat at 6:11 AM