BHO: The Brits are on to you (finally!) 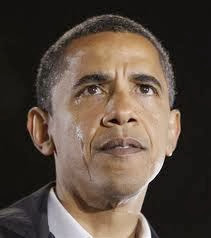 Leave it to the Brits to call a spade a spade. Remember the days when the international media genuflected all over the 'Chosen One' and spoke in reverential tones of his awesomeness?

In the midst of the MIC public displays of  unstatesman-like, unpresidential behavior, the whispers of dissent have now become a torrent of truth.

From The Telegraph comes this:

US government shutdown: Barack Obama looks like a bitter, petty and partisan president 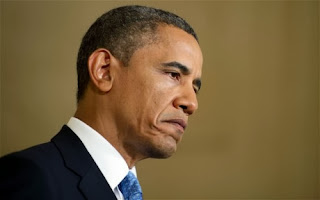 A grim-faced President Obama has railed against his political opponents

The American Left’s hatred for all things conservative has been on full display in Washington in recent days, with the White House and its allies in Congress heaving with anger and indignation over mounting opposition to the Affordable Care Act, also known as Obamacare, and growing calls to defund it. President Obama has blamed Tea Party Republicans for what he calls a right-wing “ideological crusade” prompting the federal government shutdown. As the president put it in his Rose Garden press conference, “they've shut down the government over an ideological crusade to deny affordable health insurance to millions of Americans. In other words, they demanded ransom just for doing their job.” Obama allies have used similar inflammatory language over the past week, aimed at demonising anyone who disagrees with their approach. Senate Majority Leader Harry Reid has railed against Tea Party “anarchists,” and House Minority Leader Nancy Pelosi has attacked what she calls “legislative arsonists.” Even former Vice President Al Gore has jumped in to the fray, accusing the GOP of “political terrorism.”


The harsh invective flowing from Washington’s liberal establishment has been nasty, juvenile and petty. This should be a moment for humility for the White House over its hugely unpopular Obamacare reforms, which are opposed by a significant majority of the American people.

Gardiner doesn't stop there, as he offers a dose of brutal honesty on the disgraceful sham that is MIC.

[...] The Obama presidency will also be remembered for its bitter partisanship, and its relentless vilification of political opponents, emanating from an administration that would rather engage with a terrorist sponsoring regime in the Middle East than talk to elected US lawmakers three miles down the road.

When you've lost the usually sycophantic British msm, you have to know you are done. 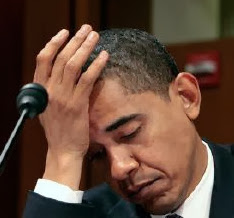 Email ThisBlogThis!Share to TwitterShare to FacebookShare to Pinterest
Labels: Obama by The Telegraph

Obama looks like a 6-year old having a temper tantrum.