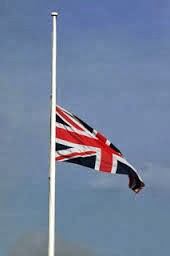 It is with great sadness that the Ministry of Defence must confirm the death of Lance Corporal James Brynin of the Intelligence Corps, who was killed in action in Helmand province, Afghanistan, on Tuesday, 15 October 2013. 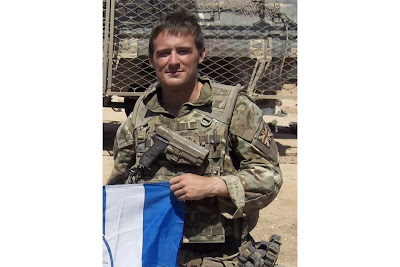 
In the early hours of 15 October, the BRF deployed from Camp Bastion into the Nahr-e Saraj district of Helmand province to counter an imminent threat to both the Afghan population and the International Security Assistance Force (ISAF). Towards the end of the operation Lance Corporal Brynin’s section became the target of enemy fire. Together with a sniper and machine gunner of the BRF, Lance Corporal Brynin returned fire, but while extracting from the area he received a fatal gunshot wound.

Lance Corporal James Brynin was born in Shoreham-By-Sea on 22 December 1990. Joining the Army in February 2011, he was immediately identified as a bright, motivated, self-starter and joined the Intelligence Corps. Following his initial training he was posted to 14th Signal Regiment (Electronic Warfare). Such was his calibre, and having already served a tour in Afghanistan in 2012, he volunteered to train with the BRF and deployed back to Afghanistan in August 2013. Lance Corporal Brynin, who was known as Jay to his friends, excelled in the Army; he had already been selected for promotion to corporal, and had grand ambitions.

Heart of a lion, we will always stand strong for you. We will never forget. Rest in peace – Dad, Efrem; Mum, Sharon; sister, Yasmin; and girlfriend, Olivia.

Bright and engaging, Lance Corporal Brynin was immensely popular and an outstanding soldier in every respect. Having already completed 1 tour to Afghanistan, his appointment to support the Brigade Reconnaissance Force was indicative of his talent and leadership qualities. He was fit, determined and genuinely wanted to make a difference. His selection for promotion to full corporal earlier this year highlighted his flair for his chosen profession.


Full of energy and an avid fan of Brighton and Hove Albion Football Club, he was also involved in every aspect of regimental life. Always seeking excellence, he aspired to attend pre-parachute selection on his return from Afghanistan; his quality was such that I am confident he would have passed with flying colours.

A member of a small and specialist cadre, his selfless sacrifice to those around him typifies his commitment and unflinching bravery. He will, forever, be remembered with pride by his regimental family. Our thoughts and prayers are with Jay’s parents, his close family and friends at this difficult time....


Go here and spend time getting to know this Fallen Hero.

My heart and prayers go out to all who know and love LCpl Brynin.....
Posted by The Brat at 7:16 AM

Email ThisBlogThis!Share to TwitterShare to FacebookShare to Pinterest
Labels: Some Gave All LCpl James Brynin