More on 'Lusty' from Daily Mail. 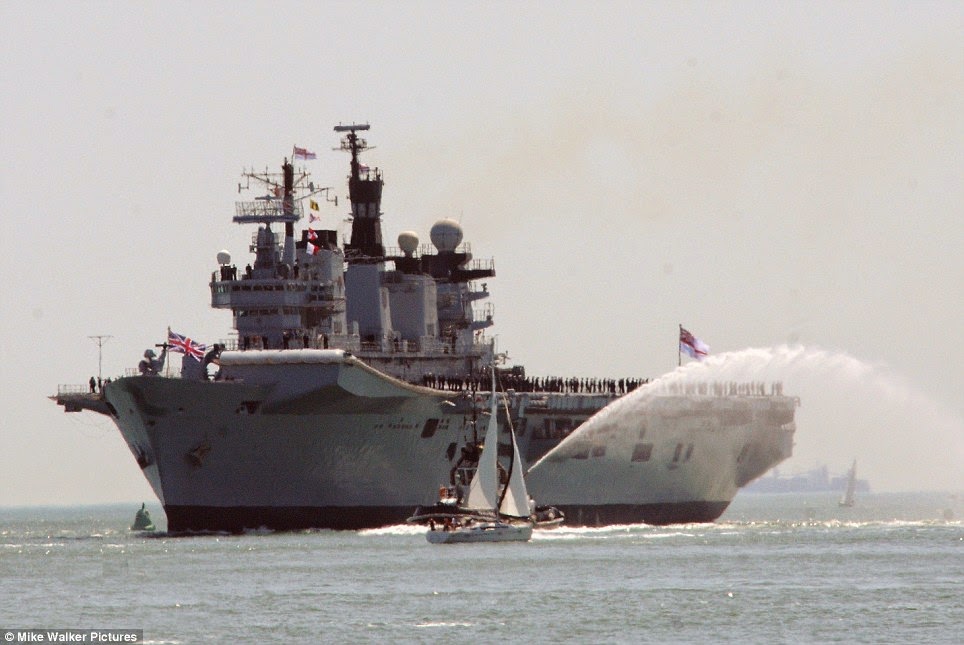 The official ceremony to decommission the Royal Navy's last Aircraft Carrier takes place today in Portsmouth following 32 years of active service. She will be preserved for the nation as the oldest ship in the Navy's active fleet.


From The News (Portsmouth)


Crowds turn out to say farewell to Lusty

CROWDS of proud family, friends and veterans are gathered at Portsmouth’s naval base for the decommissioning of HMS Illustrious.

Members of the ship’s company are also preparing to take part in the ceremony this morning.
The Royal Marines band will start the celebrations, with a parade taking place shortly before 11am.
Able Seaman Stacey Bell is one of those who will be saying goodbye to the aircraft carrier.

The 26-year-old said: ‘I have been on board since January. To get such a large ship for your first deployment made it a great experience.

‘When I stood on the flight deck for the first time and looked out at the ocean was incredible.
‘It will stay with me forever - it was my second home.’

The 22-tonne ship was deployed before her naming ceremony en-route to the Falklands in June 1982.
She has clocked up 900,000 operational miles.