During the current Global War on Terror, more than a few of ALL our Coalition Troops have been dragged through the mud as they have faced allegations of torturing and murder of our enemies.  The Brits have not escaped the accusations.

Today, from the MoD comes this:

Sir Thayne Forbes has published his independent report into allegations of murder and ill-treatment of detainees in Iraq in 2004. 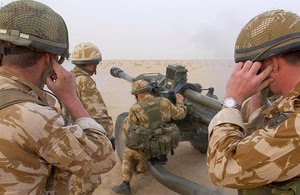 The report proves conclusively that allegations of torture and murder are untrue and that all of the 28 dead were killed in fighting with British Forces.

His report also finds that some aspects of prisoner handling and of tactical questioning did amount to ill-treatment, although these were not deliberate acts.

However it acknowledges the strenuous efforts taken by the armed forces and the Ministry of Defence since 2004 in our approach to detention on operations, with much better training, resourcing and oversight.

The Secretary of State accepts in principle all of Sir Thayne’s 9 recommendations, subject to further advice from officials about the practicality of implementing them.

The inquiry has utterly rejected all claims of murder and torture as deliberate and calculated lies.

This is unsurprising as we have long said there was no credible evidence to back up these claims.

Regrettably a public inquiry was necessary to put to rest false allegations that were championed by 2 law firms at great expense to the taxpayer....

NOW, maybe those critics will move on to real issues, like supporting our Troops....  Hey, I can hope, can't I?