The Taliban is claiming responsibility for storming a military-run school in the Pakistani city of Peshawar today, killing at least 84 students.


"We selected the army's school for the attack because the government is targeting our families and females," Pakistani Taliban (TTP) spokesman Muhammad Umar Khorasani told Reuters. "We want them to feel the pain."

Khorasani told reporters: "Around six suicide bombers entered the school and we are in contact with them. We have asked them not to kill minor children."

Regional officials say that 126 people have died in total and 122 have been injured. While the army has evacuated a large number of the 500 students and staff, an operation to clear the school is ongoing. Fighting is continuing between security officials and Taliban fighters, and several explosions have been reported. 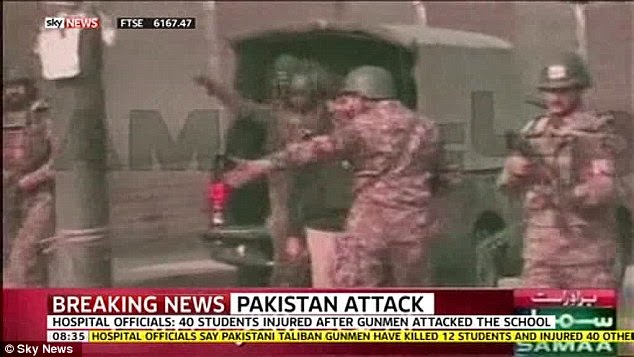 More than 5,000 killed in Jihadist violence in November