It's official: Omar Khadr, convicted of killing US Army Medic SFC Christopher Speer, is out of prison and 'free' to walk the streets of Canada.  When Canada agreed to take Khadr from GITMO, following his Tribunal, I predicted that within the year he WOULD be walking free...Long time readers know what I think about this, so here's the CBC reportage on this day: 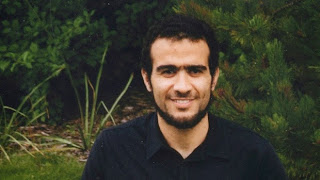 Omar Khadr to be freed on bail while awaiting appeal

After 13 years in prison Omar Khadr will be free on bail while he appeals his convictions in the United States for war crimes.


​In court on Thursday, Alberta Court of Appeal Justice Myra Bielby said there was no clear evidence there would be irreparable harm if he were released.


Some supporters gasped and clapped while others cried after hearing Justice Bielby ruling.

There is more here.
Be sure to watch the reaction to this development from FOX: Canadian judge frees former teen terrorist who killed US Army medic
Stay tuned.