The local Afghanistans who risked their lives working for British Troops, are still fighting the British government who promised those 'terps that they would be welcome to resettle out of harm's way in the UK.

For years, Afghans who worked alongside our Troops have continued to be hunted and  threatened by Taleban. 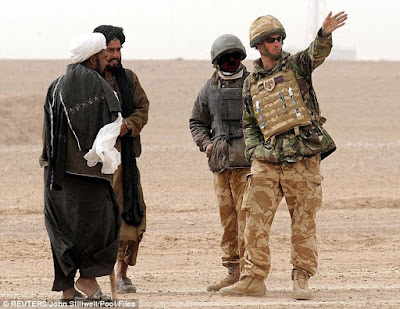 Today the UK Ministry of Defence issued this statement:

The UK Government will be forever grateful for the vital support that our locally employed Afghan civilians provided to the UK and NATO allied troops. Some of them made the ultimate sacrifice, while on operations alongside our forces.


Their efforts were distinct and pivotal to Afghanistan’s efforts to form a more secure, stable and prosperous future.  These individuals were willing to commit to a more positive vision for their country, alongside thousands of their countrymen and women in the Afghan National Security Forces. I saw the same spirit of commitment to the future of Afghanistan when I visited in June and met the most recent graduates of the Afghan National Army Officer Academy, including the first female graduates.


All of these brave people deserve our deep respect.  Recognising our connection to Afghans who worked directly with the Ministry of Defence, we have put in place a package of legal and fair policies for the brave men and women who worked with us for a significant time, and who were made redundant due to the drawdown of British Forces in Afghanistan....


Sounds good, yes? But for anybody who has followed the history of how our interpreters in both Afghanistan and Iraq, it is just more empty politicalspeak.
Read the rest of this here.

From November 2014:  Has Britain Abandoned Its Afghan Interpreters?

All well and good for the politicians to say "All of these brave people deserve our deep respect."

Nobody can argue with that, BUT as our 'Terps remain on the run from local Talebans determined to kill our Terps, yet again talk is cheap.  Time is long overdue to quit talking about respect, and start DOING what we promised the brave Afghans who daily risk their lives..