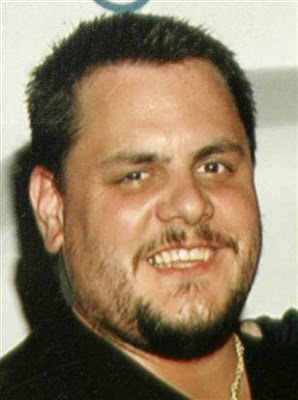 
James Zadroga  who died January 5, 2006 was a New York City Police Department (NYPD) officer who died of a respiratory disease that has been attributed to his participation in rescue and recovery operations in the rubble of the World Trade Center  following the September 11th attacks.  Zadroga was the first NYPD officer whose death was attributed to exposure to his contact with toxic chemicals at the attack site.


Here we are,  all these years on, and STILL the government refuses to honor the sacrifice of so many 9/11survivors by enshrining legislation - in perpetuity - to care for those who continue to  live with the illnesses caused by their exposure to the effects of the worst terrorism on US soil.

Take a look at this video that puts a human face on just a few of our 9/11 survivors:


"They deserve to be treated for as long as they live"

Fact is:  These heroes should not have to keep negotiating for what they so honorably, selflessly earned, and I'm not the only one who thinks so.


The ailing heroes of Sept. 11, a disproportionate number of them Staten Islanders, ought not to be left to worry about the future of their vitally needed official health benefits. Making sure these survivors have the security of knowing their health needs arising from their efforts at Ground Zero will always be met is the least a grateful nation can do.

Nevertheless, under the federal government's Zadroga Act, the World Trade Center Health Program for surviving first responders and other sick victims is due to expire in September, the latest in a sequence of expiration dates which Congress has had to extend.


These benefits and the financial support provided by the September 11th Victims Compensation Fund, which is due to end in October 2016, must be made permanent.


"Our first responders answered the call of duty when our nation was under attack, and deserve to be treated by Congress as the veterans they really are," New York's Sen. Kirsten Gillibrand pointed out. "We cannot abandon the men and women who now suffer as a result of their sacrifice."


This is perfectly clear on Staten Island, which lost more than its share of victims on 9/11 and has suffered similarly ever since as the medical toll mounts....

That this is needing to still being debated is America's shame.

[Related:  Tale of the Walking Dead ]

***To find previous columns here on the Zadroga Bill, put 'Zadroga Bill' in the search bar at top left.