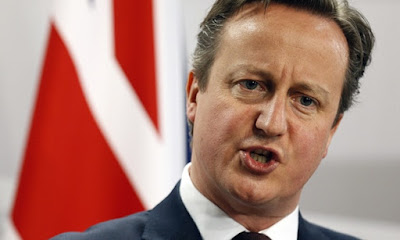 David Cameron lacked “the balls” to take the military action in Syria that could have prevented the rise of Islamic State, a former head of the armed forces has said.


In a scathing analysis of the UK prime minister’s approach, Gen Lord Richards of Herstmonceux said Cameron’s approach seemed “more about the Notting Hill liberal agenda rather than statecraft”.


Lord Richards reportedly told author Sir Anthony Seldon that the prime minister had in 2012 rejected a “coherent military strategy” to take on the regime of Syria’s president, Bashar al-Assad, which would in his view have seen the Islamic extremists “squeezed out of existence”.

Lord Richards, who was chief of the defence staff from October 2010 to July 2013, is quoted as saying: “If they had the balls they would have gone through with it ... if they’d done what I’d argued, they wouldn’t be where they are with Isis.


“In Ukraine, as in Syria and Libya, there is a clear lack of strategy and statecraft. The problem is the inability to think things through. Too often it seems to be more about the Notting Hill liberal agenda rather than statecraft.”...