What's it going to take, Mr Obama????  How many more police officers are going to be murdered/executed before you stand up and denounce all those black thugs - that IS what they are - who have declared open season on our brave Americans who stand the line for all of us every.single.day? 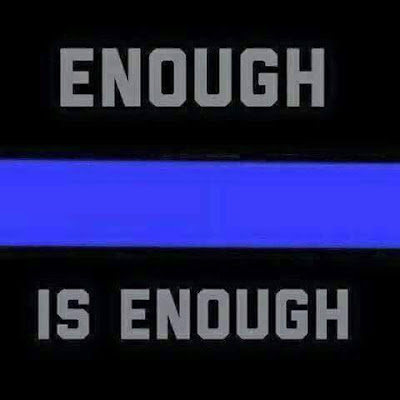 (H/ Tom for the picture)


President Obama and his progressive pals in both the government and the media have done their very best to capitalize on the racial tension in America — which they created — using it to paint police officers as power hungry, trigger happy racists who prowl the city streets looking for a black man to shoot.

Thanks to this narrative constantly being pushed down the throats of citizens, people have become more hostile toward law enforcement officers, some even violently so, as is clearly illustrated in this powerful meme that puts the fruit of this left-wing lunacy on full display for all to see.... 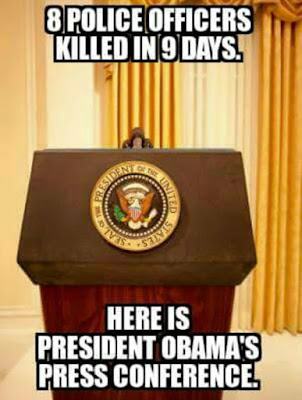 The buck stops with YOU, Mr Obama. Enough IS enough...
Posted by The Brat at 4:35 PM