9/11 Survivors being lost every day

Last week, I wrote about 9/11 Survivors who managed to survive that day, only to be still battling the aftermath all these years on.

The belated victims of 9/11

by Steven Rodas and Joseph Passantino 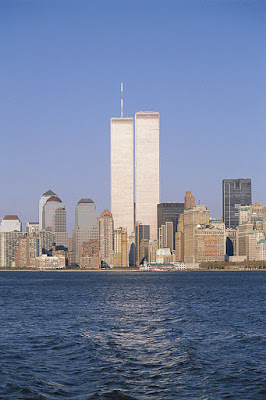 Years after the Sept. 11, 2001 terrorist attacks, victims are still dying – some were emergency responders whose cancer is believed to be related to toxins in the air that day, and others are distraught because their relatives never made it out of the Twin Towers.


“They didn’t all die on 9/11,” said Connie Agostini in an interview last year after a plaque was dedicated to her brother, North Hudson Regional firefighter Robert Agostini, who died of lung cancer in 2013.


While the media has reported on cases of emergency responders contracting cancer, less visible are people who have died under unusual circumstances that may have been related to the attacks, including the grieving relatives of those who died in the towers....

Much more of this MUST READ here.
Posted by The Brat at 8:39 PM

Email ThisBlogThis!Share to TwitterShare to FacebookShare to Pinterest
Labels: 9/11 survivors