Two interesting stories this week about the women who joined ISIS startingf get their hust rewards - death, and another story about an ISIS commander/rapist being killed by his victim.

Both come from The Clarion Project:


Six members of the Islamic State's all female al-Khansa brigade were killed by an unknown armed group. 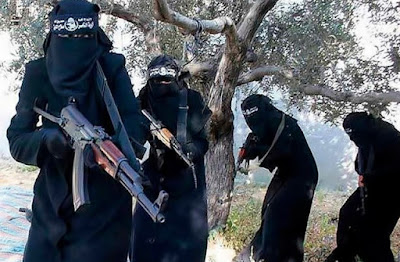 Unknown armed men have been attacking ISIS women within Mosul, the largest city controlled by ISIS. Although ISIS controls large swathes of territory, it is far from pacified.


“An armed unknown group attacked one of the offices of Khansawomen’s organization of ISIS in the area of new Mosul,” media officer of the Democratic Kurdish Party in Mosul, Saeed Mamuzini told Al-Sumaria News on Sunday. “The attack led to the deaths of six female members of the organization. The women of ISIS are active in recruiting other women to work within the organization.”

He added “Last week three Khansa women were killed during an armed attack in the neighborhood of Babel in Mosul.”

The ­Khansa brigade is feared for its brutality. In Raqqa the brigade was reported to be using a device called ‘the biter’ to savage the breasts of women caught breastfeeding publicly or insufficiently veiled.

ISIS responds to any disobedience with harsh and immediate punishment. “ISIS armed men kidnapped 40 citizens from the public markets in the middle of Mosul for failure to grow their beards, in violation of ISIS instructions," a local source in Nineveh province told Al-Sumaria News on Sunday. "The fighters led the kidnapped citizens to one of the prisons."...


Then this woman fights back against her brutal ISIS rapist:

Woman Kills the ISIS Commander Who Was Raping Her

Many women are held as sex-slaves by the Islamic State and few have escaped. 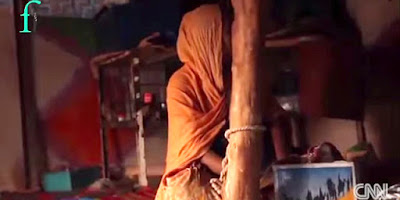 An emir (high ranking officer) in the Islamic State in Mosul has been killed by a woman who had been captured and used as his sex slave for three months. The revenge was taken against the man who was called Abu Annas for all the rape and abuse she suffered while in captivity.

The media officer of the Kurdish Democratic Party for Mosul, Saeed Mamuzzini, reported the incident to Alsumaria news on Saturday, saying that the killing took place in the Tel Raman neighborhood in the western part of the city.


Thousands of women have been captured by the Islamic State (ISIS) and forced into sex slavery, mostly Yazidis. Oftentimes, the Yazidi women are forced to convert to Islam and then "married" to their captors. Muslim women have also been forced into marriage with Islamic State fighters after the terror groups offers payoffs for the girls to their families who are desparate for money....

GO read the rest and watch a related video...

Thinking of you. Hope you are well.