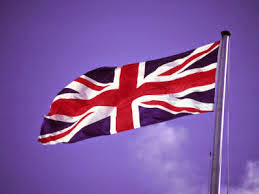 I've often thought that Governments are run by naughty kids, over here in England we've been overrun by the greedy who have forgotten they signed on to represent the people, allegedly... But that's another story.


When my younger Sister was an infant and started on the long road of defiance which she maintains to this day, I remember my Mother telling her not to touch the Iron as it was hot with the inevitable consequences, burnt fingers, tears and Mother shouting "I bloody told you so!"

This was the 70's when parents were allowed to be parents and curse a little, but this is by the by.

As the cold war thawed, successive Governments seemed to forget history and undermine our armed forces by channelling the cash elsewhere on seemingly more important winged projects like duck houses...

The ornamental duck island which sank the career of a Tory MP at the height of the expenses scandal has been sold for charity.


Sir Peter Viggers, who retired after it was revealed he had claimed £1,645 for the item, has given the proceeds of an auction to Macmillan Cancer Support.


Gradually the tip of the sword was being eroded, failing to invest in defence to the extent that soldiers arrived in Afghanistan and Iraq with no body armour or vehicles capable of carrying them into battle safely.


For years the U.K. Military top brass had been warning about threats and the need to stay equipped or we'd lose lives unnecessarily on the ground, the sea and the air.


Guess what? We did and all the time the Politicians were lining their pockets with the inevitable almost comic end to the farce.

MPs’ expenses: official records from scandal-hit era have been destroyed
Destruction of pre-2010 records means there is no longer any chance of investigating authorities reviving old cases


A House of Commons spokesman said the policy on destroying MPs’ expenses records was longstanding and to comply with data law.

All official records of MPs’ expenses from the scandal-hit era before 2010 have now been destroyed by the Commons authorities, it has emerged.

The disposal of the records was revealed in a letter to Conservative activists who made a complaint about the expenses of their local MP relating to claims between 2004 and 2010.


According to the Telegraph, Kathryn Hudson, the standards commissioner, wrote back saying: “All records relating to expenses claims before 2010 have now been destroyed. No unredacted information is now available here nor any notes of conversations or advice given … which might establish the facts.”...


Where the Royal Air Force was concerned, we lost fleets of aircraft; Jaguar, Harrier and Nimrod. Not mentioning the Navy loss of their carriers and Harrier aircraft too.


Nimrod was an important aircraft in the defence of the UK, but as we weren't being threatened by Ivan, his Bears and tin fish, or rather the former Soviet Union and his long range bombers and submarines, it was okay to scrap the aircraft.


Sadly, this is what happened to the aircraft...


Work on the controversial scrapping of nine multimillion-pound Nimrod aircraft is under way at a BAE Systems factory in Greater Manchester.


Diggers moved in to dismantle the empty aircraft behind large screens at BAE Woodford, Stockport, on Wednesday.


Unions have criticised the decision to break-up the planes, which is costing the Ministry of Defence (MoD) £200m.


A spokesman for the MoD said ministers had made it clear that the "difficult" decision would not be reversed....


Predictably, after any service person with a brain cell had cried "You'll be sorry" cutting the U.K. defence capability to that of a Nunnery for one armed, er, Nuns, Ivan parks an instant sunshine equipped tin fish off the U.K. coast and we have to beg our U.S. cousins for help.


Mystery foreign submarine thought to be lurking near Faslane naval base 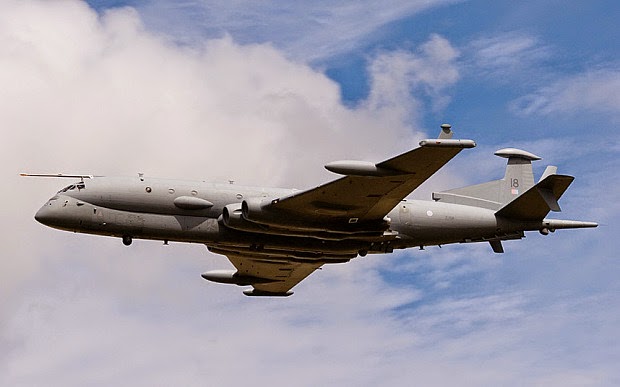 Nimrod spy planes had been mainstays of the RAF’s reconnaissance fleet since the late 1960s and had a central role in anti-submarine warfare, when they were scrapped with an upgrade programme running nine years late and £800 million over budget Photo: Alamy


By Victoria Ward  The Daily Telegraph


The Ministry of Defence has again been forced to call for US military assistance to help track a suspected Russian submarine spotted off the Scottish coast.

Two US Navy aircraft were drafted in to conduct anti-submarine patrols along with a Royal Navy Frigate near the home of the UK’s Trident fleet at Faslane, Argyll.

Critics claimed the US deployment raised questions about the UK’s ability to protect its nuclear submarines following the scrapping of the RAF’s £4bn fleet of Nimrod surveillance aircraft in 2010....


GO read the rest of this here.