Iran is lying? Say it isn't so! 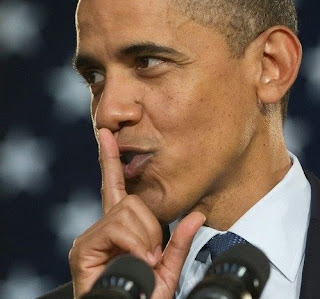 From National Review:
Iran Is Lying, and We Know It


If the White House doesn’t pull the plug on negotiations, Congress must.


The most frustrating part for a rational observer of the P5+1 negotiations with Iran is this: There is little doubt that Iran is lying, and will continue to lie, but that doesn’t seem to matter to those negotiating with it.


Rather than cause Tehran to capitulate by ratcheting up the pressure, the White House and its negotiating partners first eased the sanctions that had been compelling Tehran to negotiate and then effectively tabled the military option. Since then, they have made a seemingly unending catalog of tangible and irreversible concessions, to which the Iranians have responded with increased hostility.


Yes, there is more here, and it is well worth the read.
Related:  Senate OKs bill giving Congress review of Iran nuclear deal

War On Terror News has this to say about the above link:

The Senate has voted to 'require Congressional approval" of any Iran deal, and the politician in chief is unlikely to "veto" that. It almost sounds like the Senate has re-claimed its Constitutional responsibility to approve treaties, right?


Wrong. The DNC has played the RNC like a fiddle. The "deal" with Congress is an abrogation of Constitutional authority. It requires that DNC members oppose the DNC politician in chief to prevent a deal, and that the RNC find enough of them to do that, within thirty days. That is a near impossible feat.


Constitutionally, no "executive order" can override legislation from Congress and ALL Treaties must be ratified by the Senate. Neither bar can pass muster in the current Congress, unless it is truly a "good deal," but a straight party vote prevents opposition to a bad deal.


Tom Cotton is the only one that got this right.