A Prayer for Every Soldier 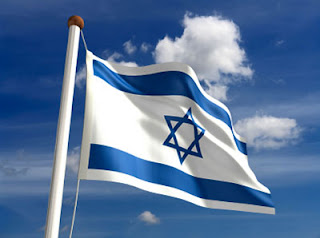 From Arutz Sheva comes this:

A Prayer for Every Soldier
by Tzvi Ben Gedalyahu

(IsraelNN.com) Two modern rabbis are continuing a tradition that Torah sages say dates back 3,500 years ago, when a person was designated to pray and learn Torah for soldiers sent by Moses to fight the Jews' enemies. Jewish tradition states that King David also continued the practice.

The counterterrorist operation "Cast Lead" is being accompanied by "Operation Tefillah, Torah and Troops," initiated by Rabbi Simcha HaCohen Kook, the chief rabbi of Rehovot, and Rabbi Levi Yitzchak Horowitz, the Bostoner Rebbe who now lives in the Har Nof community of Jerusalem.

In an open letter to Jews, the rabbis "ask soldiers and/or their relatives who would want a 'partner' in Torah and Tefillah [prayer] to e-mail maortlmo@gmail.com or fax 972-8-9450027 and give their Hebrew name and mother's Hebrew name without any other particulars such as family name or other identifying factors."

The rabbis will distribute the names "among those who heed the call to add Torah and Tefillah for the sake of those who find themselves in jeopardy."

The same tradition was put into practice in the Second Lebanon War two years ago, when more than 50,000 people participated in the campaign co-sponsored by National Council of Young Israel.

"Every tefillah that is said on behalf of a soldier will make a difference, regardless of where a person may be in religious observance, said Young Israel Executive Vice President Rabbi Pesach Lerner....

Email ThisBlogThis!Share to TwitterShare to FacebookShare to Pinterest
Labels: A Prayer for Every Soldier, Israel National News

I'm awaiting the name of my soldier and will pray that he or she be kept safe from harm.

I pray for every soldier right now, both Israeli and American. It takes away some of the helplessness I sometimes feel when wondering what else I can do for them.

I KNOW exactly what you mean, Findalis. But I pray too - since IU absolutely believe in the power of prayer. THAT I can do..for every soldier and for every soldier's family.