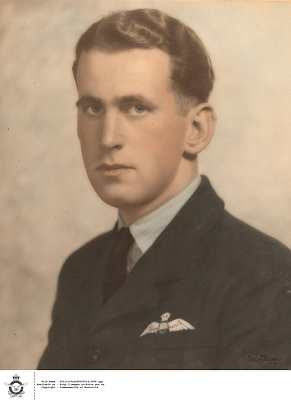 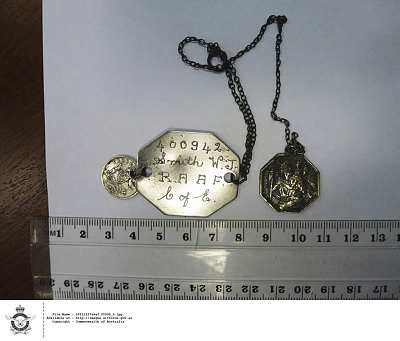 Sergeant Smith (24) was lost on 9 May 1942. His Squadron had been escorting a bombing mission to Bruges, Belgium.

The squadron had engaged approximately 20-25 FW190 aircraft on its homeward journey.

Sergeant Smith was last seen near the coast of France engaged in a dogfight with an enemy aircraft at 20,000 feet over the English Channel.

Courtesy of the RAAF.

From the Australian Herald Sun: Sgt William James Smith vanished during a dog fight over the English Channel on May 9, 1942. Supplied

THE remains of a WWII spitfire pilot found in wreckage in northern France last year have been identified as Victorian airman William James Smith.

Sgt Smith vanished during a dog fight over the English Channel on May 9, 1942.

Found last year by a film crew making a documentary about the war, the 24-year-old was identified with war records and personal items including his uniform and a disc etched with his name and identification number.

Sgt William James Smith was originally from Whittlesea and was posted to RAAF Number 457 Squadron, attached to the Royal Air Force (RAF) during World War II...

Rest In peace, Sergeant Smith.
Posted by The Brat at 2:11 PM