Canadian Navy to stay in the Med. 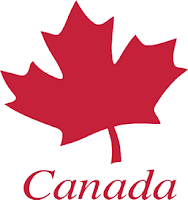 HALIFAX – The Honourable Peter MacKay, Minister of National Defence, today announced that Royal Canadian Navy ships will maintain a presence in the Mediterranean Sea until the end of 2012 in order to join Operation Active Endeavour, the NATO counter-terrorism effort in the region.

Her Majesty’s Canadian Ship (HMCS) Vancouver, originally deployed as part of Operation Unified Protector, will remain in the Mediterranean until early 2012, when she will be relieved by HMCS Charlottetown. HMCS Vancouver and her CH-124 Sea King Helicopter detachment have been in the Mediterranean Sea since August, when she joined the NATO fleet off Libya as part of Operation Unified Protector.

"I commend the crew and leadership of HMCS Vancouver for their hard work and contribution to Operation Unified Protector. Canada will now project its leadership role in NATO by contributing to anti-terrorism,” said Minister MacKay. "I’m proud of what our forces have accomplished in the area, and I have confidence our continued presence in the Mediterranean will help detect and deter terrorist activities."

HMCS Vancouver’s tasks while on Operation Active Endeavour include locating, tracking, reporting and boarding vessels of interest suspected of involvement in terrorism. Although their mandate is limited to detection and deterrence of activities related to terrorism, the NATO fleet deployed on Operation Active Endeavour has contributed to enhanced security and stability in the Mediterranean Sea.

“I'm proud of the service and accomplishments of the crew of HMCS Vancouver during Operation Unified Protector. Their transition to another NATO duty, and continued presence in the Mediterranean makes great sense,” said General Walt Natynczyk, the Chief of the Defence Staff. “Canadian security begins abroad. Our frigate will contribute to an important ongoing international operation and will further support Canadian interests overseas. We will continue to work alongside our NATO allies to build upon our successes and to bring stability to the region.”

HMCS Vancouver departed her home port of Esquimalt, B.C., on July 10, 2011, bound for the Mediterranean Sea to relieve HMCS Charlottetown. For more than two months, HMCS Vancouver patrolled the in-shore waters off the embattled Libyan ports of Misrata, Tripoli, Tobruk, and Sirte as part of Combined Task Group 455.01. That tasking ended on October 31, 2011, with the successful conclusion of Operation Unified Protector.

HMCS Charlottetown will sail from her home port of Halifax in January 2012.


More on Operation Endeavour
Posted by The Brat at 8:21 PM

Email ThisBlogThis!Share to TwitterShare to FacebookShare to Pinterest
Labels: Canadian Navy to stay in the Mediteranean