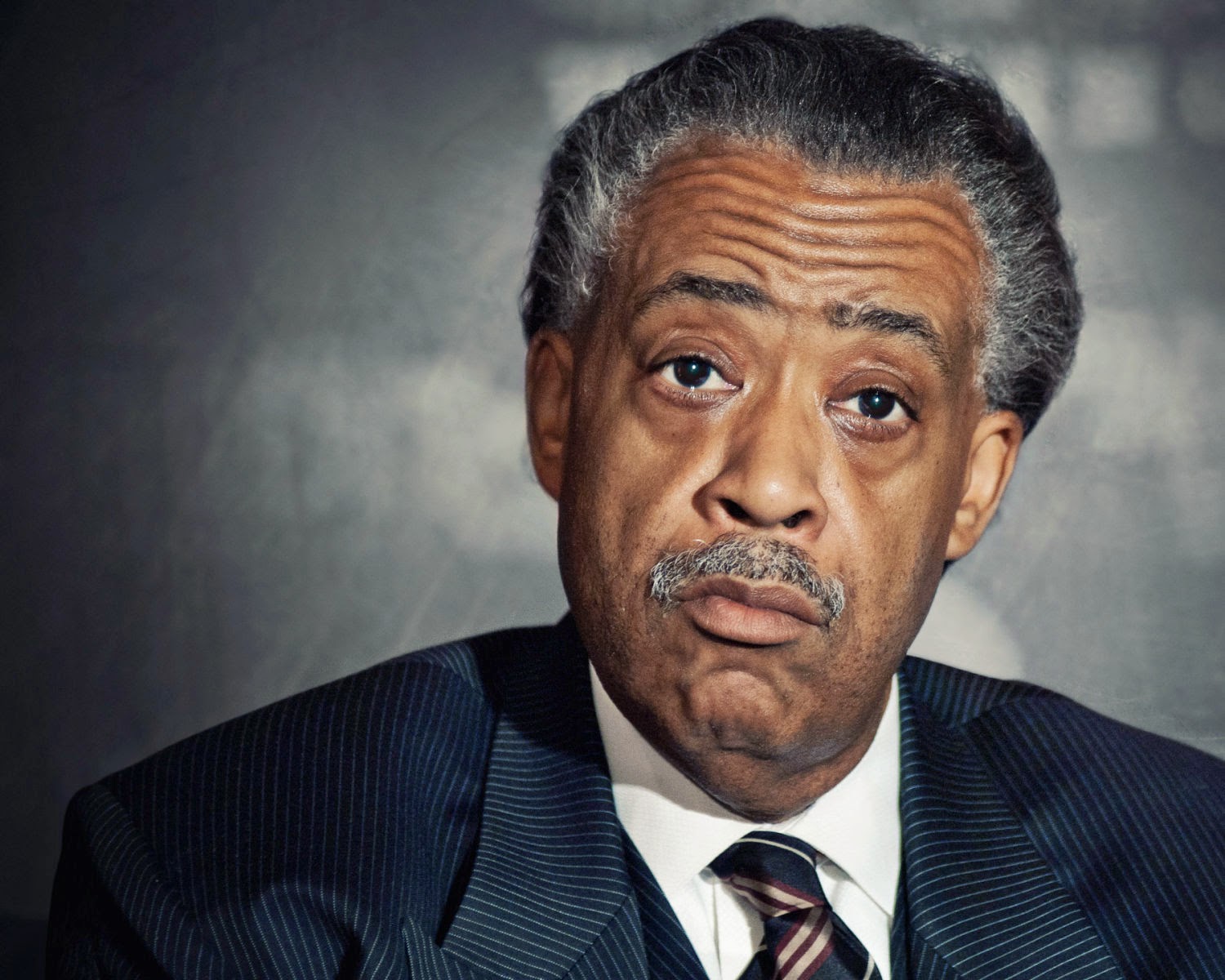 Al Sharpton has been front and centre in the recent race riots ("Put your hands in the air".) Despite reports that he continues to owe millions in taxes, Obama and deBlasio can both still be seen 'consulting' with this "Reverend"...

Now add another client to Shakedown Sharpton's list of highly placed leaders who look to him for his expertise' on race relations.


How Sharpton gets paid to not cry ‘racism’ at corporations

Want to influence a casino bid? Polish your corporate image? Not be labeled a racist?


Then you need to pay Al Sharpton.

For more than a decade, corporations have shelled out thousands of dollars in donations and consulting fees to Sharpton’s National Action Network. What they get in return is the reverend’s supposed sway in the black community or, more often, his silence.

Sony Pictures co-chair Amy Pascal met with the activist preacher after leaked emails showed her making racially charged comments about President Obama. Pascal was under siege after a suspected North Korean cyberattack pressured the studio to cancel its release of “The Interview,” which depicts the assassination of dictator Kim Jong-un.


Pascal and her team were said to be “shaking in their boots” and “afraid of the Rev,” The Post reported....


What could possibly go wrong?  Read the rest here, and stay tuned for a whole new Sharpton-approved tone out of Hollywood.


Related:  Sharpton is shamelessly aiding North Korea by attacking Sony
Posted by The Brat at 6:49 AM