Auschwitz-Birkenau: "The world must know" 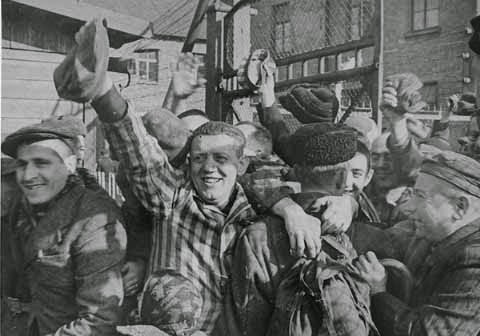 
Today, from the BBC:

About 300 Auschwitz survivors have gathered at the site of the former Nazi death camp to mark the 70th anniversary of its liberation.


The commemoration will be held at the site in southern Poland where 1.1 million people, the vast majority Jews, were killed between 1940 and 1945.


It is expected to be the last major anniversary event that survivors are able to attend in considerable numbers.


Heads of state and representatives from wartime Allies will also be present.


Events include the laying of a wreath, a church service, and the lighting of candles at a memorial in the former death camp of Birkenau, which was part of the Auschwitz complex.

The emphasis this year is on the survivors of the atrocities of the Holocaust.

One of those survivors is Angela Orosz, who was born in Auschwitiz.  From the CBC:


One of the youngest Holocaust survivors, Orosz was an infant when Auschwitz was liberated

Angela Orosz came into this world in one of the most horrific places imaginable.

As thousands of Jews around her were sent to the gas chambers, Orosz's mother hid her pregnancy for months from her Nazi captors.

On Dec. 21, 1944, Orosz was born in Auschwitz.
Within the month, Orosz and everyone else who had managed to cling to life in the desolate camp were liberated.


Seventy years later, Orosz — now a Montrealer — is returning to her birthplace to honour those who perished there, in an act of defiance against those who tried to erase her future. 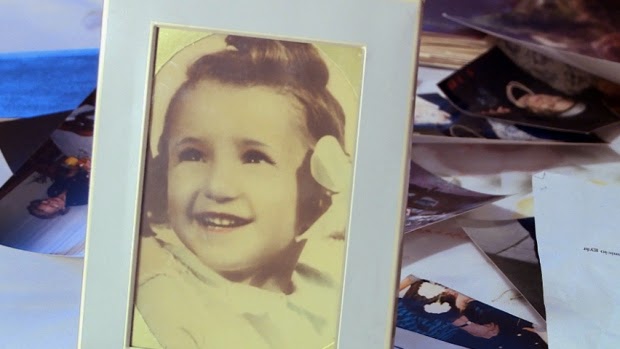 A portrait shows Angela Orosz as a child. Her mother was sent to a Nazi concentration camp when she was two months pregnant, but managed to hide her pregnancy. (Submitted by Angela Orosz)

Much more (with video) here.
Film director Stephen Spielberg is in Poland and gave a short speech:

Spielberg, the Oscar-winning director of the 1993 Holocaust film “Schindler’s List,” was introduced by an 81-year-old survivor, Paula Lebovics, who praised him as “a man who has given us a voice in history.”


In a short speech, Spielberg spoke of how his own Jewish identity evolved, first as a boy learning to read numbers from the numbers tattooed on the arms of survivors, and as an adult when he filmed “Schindler’s List” in Krakow.


But he warned of “anti-Semites, radical extremists, and religious fanatics” who are again provoking hate crimes — a warning that comes after radical Islamists massacred Jews at a kosher supermarket earlier this month in Paris...
[...]
“These people … want to all over again strip you of your past, of your story and of your identity,” he told them. He stressed the importance of countering that hatred with education and preserving Auschwitz and other historical sites...

Go read more here.
Preserving the memory of those dark days of history is even more important today, as the world again ignores atrocities against other innocents around the world.
One of the survivors who determined to keep the stories alive is Yehuda Bacon. 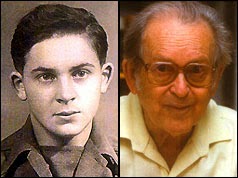 Czech-born Yehuda Bacon was just 14 years old when he arrived at Auschwitz-Birkenau death camp in December 1943.


Six months later his father was killed in the gas chambers. His mother and sister, Hanna, were sent to another camp in Austria where they died two weeks before the war ended.
[...]


The Russians were coming nearer and the Germans were emptying the camp, sending those who could work to other camps.


Only a couple of thousand prisoners were left and we knew we would be sent away but we didn't know where.


I had been there a whole year so I had good connections with prisoners who had important jobs like distributing clothes. Those prisoners had been told to get clothes ready for those who were leaving.
[...]


We were liberated on 5 May.


That morning the guards had abandoned the camp but they had poisoned the food before they left.


When we realised the guards had gone we rushed to the store room to look for food.


I tried to take a huge piece of margarine.


It was a miracle to leave Auschwitz. But that was the beginning of the so-called death march.


Trying to tell our story

After the war, I dedicated my life to being an artist - at first to describe what I saw, in a childish way.


I think I am somehow obliged because I survived to tell the story of the people who didn't survive but what happens to the story is beyond my control. I hope that maybe someone, some time, somewhere will learn something from it...

There is more about Yehuda Bacon here.

From US Holocaust Memorial Museum:

As we remember these victims, we also honor the survivors, soldiers, reporters, and others who bore witness to Nazi crimes and reflect on the challenges we face 70 years after liberation.

“THE WORLD MUST KNOW”

In the months prior to the liberation of Auschwitz-Birkenau, an elderly French inmate urged Jewish prisoner Olga Lengyel to observe everything that transpired, telling her, “When the war is over the world must know about this. It must know the truth.” Auschwitz prisoner Seweryna Szmaglewska recalled yet another powerful impulse to speak out: the eyes of her expiring comrades, “the last testament of the dying.” Like Lengyel, she penned her memoirs in the years immediately following the war to give voice to those who could no longer speak.
General Dwight D. Eisenhower, the Supreme Commander of Allied Forces in Europe, also understood the need to witness. In a cable to General George Marshall in Washington, he wrote about his experiences at the recently liberated Nazi camp of Ohrdruf:

The things I saw beggar description. . . . The visual evidence and the verbal testimony of starvation, cruelty and bestiality were . . . overpowering. . . . I made the visit deliberately, in order to be in [a] position to give first-hand evidence of these things if ever, in the future, there develops a tendency to charge these allegations merely to “propaganda.”

The Museum has a whole archive library of videos by survivors.  Rene Slotkin is one who talks of his liberation:

Uploaded on Jan 6, 2015René Slotkin (né Guttmann) and his twin sister Irene Hizme (née Renate Guttmann) were born in Czechoslovakia in December 1937. During the Holocaust, they were deported with their mother from Prague to Theresienstadt before being sent to Auschwitz, where as twins they were subjected to medical experiments. René was liberated from a death march that had just left Auschwitz in January 1945, a little over a month after his seventh birthday.

As we remember those lost and those who survived the horrors of Man's inhumanity to man,  the efforts must continue to ensure that the world never forgets.

The World MUST know.

Related:  Holocaust survivors: Europe is forgetting about the whole thing

A Special Kind of Hate

The final return to hell: 70 years after they were liberated, Auschwitz survivors make last landmark pilgrimage to death camp where more than a million were murdered 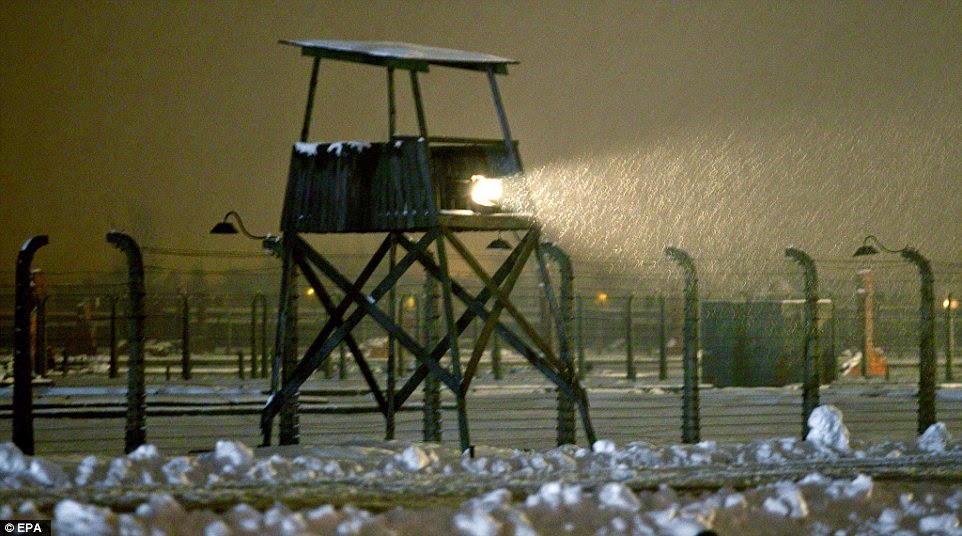