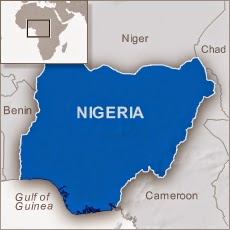 While the world focuses on the terror attack in Paris, the daily carnage that is being carried out by Boko Haram continues unchecked.  UNICEF  "expressed outrage" at the use of 10 year old girls as suicide bombers.  All this, while the latest massacre by these terrorist cowards left so many dead that nobody seems able to count exactly how many were murdered.

Boko Haram, the Nigerian Islamist insurgency, has been gaining ground in the face of what Western security analysts consider an ineffective, even counterproductive, campaign by an incompetent Nigerian military weakened by corruption and lack of professionalism. The number of victims of Bomo Haram’s brutal campaign is mounting exponentially, with the latest tally reaching 2,000 dead in and around the northeastern town of Baga, on the border of the Nigerian border with Chad. Amnesty International described the attack on Baga as the “deadliest massacre” in the history of Boko Haram. The Baga campaign also saw the first use by Boko Haram of a child suicide bomber: A 10-years old girl detonated powerful explosives concealed under her veil at a crowded Monday Market in Maiduguri, the shopping hub in a city which is at the heart of the Boko Haram insurgency.


The Guardian reports that fighting in and around Baga, which began on 3 January, continued on Friday and Saturday. On 3 January, Boko Haram militants seized a key military base on the outskirts of town.


District head Baba Abba Hassan told the Guardian that most victims are children, women, and elderly people who could not run fast enough when insurgents drove into Baga, firing rocket-propelled grenades and assault rifles on town residents.

CNN reports that on Saturday two days ago, two more girls, believed to be around 15, exploded themselves in open-air markets in the area. CNN quoted security analysts saying that it is likely the three girls were unaware what the vests they were told to wear consisted of, and that the detonation was triggered by remote control. ... [emphasis mine]

As millions take to the streets of Paris to show outrage against that city's massacre by cowardly Islamist terrorists, Nigerian children wait for the world to notice - and rally against - their ongoing hell.

Read the rest of this incident here.
Posted by The Brat at 2:37 AM