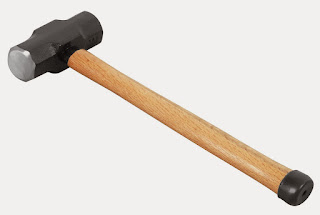 
More recently, Twitchy.com has this:

When Lois Lerner’s hard drive crashed, it really crashed: An ‘impact of some sort’ turned it to scrap

Lois Lerner says her hard drive crash was "due to an impact of some sort." ...[...]
Democrats really have some terrible luck with their technology. The Internal Revenue Service claimed in 2014 that it had lost two years’ worth of emails from Lois Lerner, the former IRS official accused of specifically targeting conservative groups for extra scrutiny and review to the point of harassment.
Asked if Lerner had a Blackberry or iPhone while she was working at the IRS, Commissioner John Koskinen just couldn’t say. Some intrepid digging, though, showed that Lerner did indeed have a government-issued Blackberry — which “was removed or wiped clean of any sensitive or proprietary information and removed as scrap for disposal” after Congress had started its probe into IRS wrongdoing.


Imagine our non-shock to learn today that when Lerner’s hard drive crashed, it really crashed. As The Daily Caller reports, it was destroyed by “an impact of some sort,” like somebody hitting it or smashing it, and its pieces were sold for scrap.


The news comes from today’s House Oversight Committee hearing on the emails....

Go check out more of the must read incredulous tweets here.
Posted by The Brat at 4:12 AM