AFG: Election Day - for the children 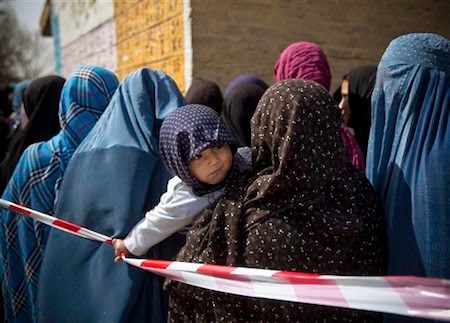 A child pulls a rope which keeps Afghan women in line queuing to get their registration card on the last day of voter registration for the upcoming presidential elections outside a school in Kabul, Afghanistan, Tuesday, April 1, 2014. Elections will take place on April 5, 2014. (AP Photo/Anja Niedringhaus)  Here for more. 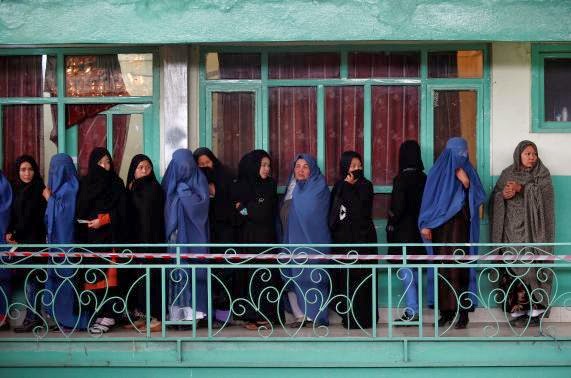 Afghans queue to vote at a polling station in Kabul April 5, 2014. Voting began on Saturday in Afghanistan's presidential election, which will mark the first democratic transfer of power since the country was tipped into chaos by the fall of the hardline Islamist Taliban regime in 2001.
REUTERS/Ahmad Masood

(Reuters) - Voting was largely peaceful in Afghanistan's presidential election on Saturday, with only isolated attacks on polling stations as a country racked by decades of chaos embarked on its first ever democratic transfer of power.

A roadside bomb killed two policemen and wounded two others in the southern city of Qalat as they were returning from a polling station, while four voters were wounded in an explosion at a voting centre in the southeastern province of Logar.

There were no reports of more serious attacks on an election that Taliban insurgents had vowed to derail, branding it a U.S.-backed sham, and many voters said they were determined to make their voices heard despite the threats.

"I am here to vote and I am not afraid of any attacks," said Haji Ramazan as he stood in line at a polling station in rain-drenched Kabul. "This is my right, and no one can stop me."...[yes, emphasis mine]


More, with many pictures, here.

People in Afghanistan are voting for a new president in what will be the nation's first ever transfer of power through the ballot box.

Turnout is reported to be brisk despite heavy rain and worries over security.

A massive operation is under way to thwart the Taliban who have vowed to disrupt the election.

Eight candidates are vying to succeed Hamid Karzai, who is barred by the constitution from seeking a third consecutive term as president....


More from the Beeb here. 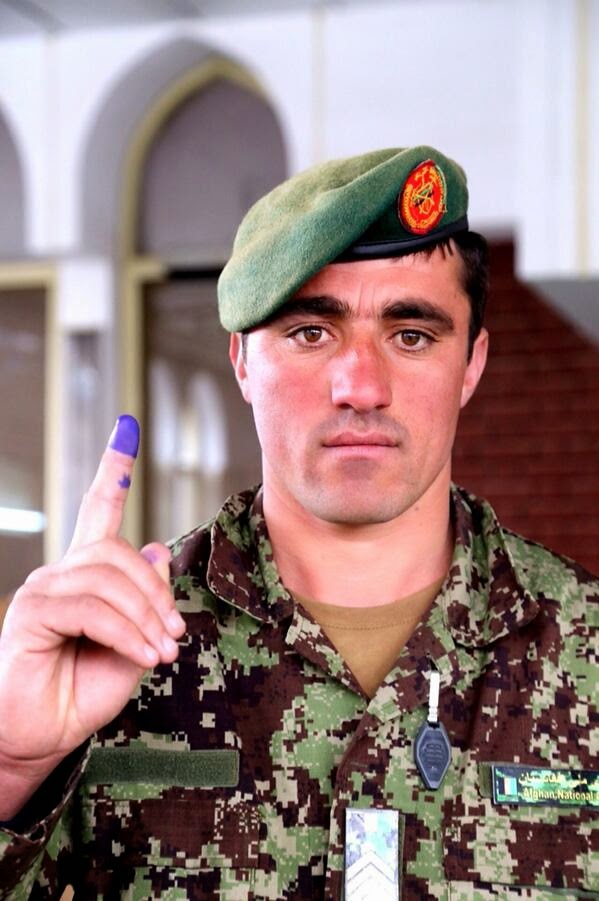 An ANA soldier proudly shows off his ink-stained finger.  From Twitter.


So many have given so much to bring Afghanistan to this day.

From my friend Mike comes this reminder of just a small faction of our Troops who have shed their blood for the future of freedom in Afghanistan. 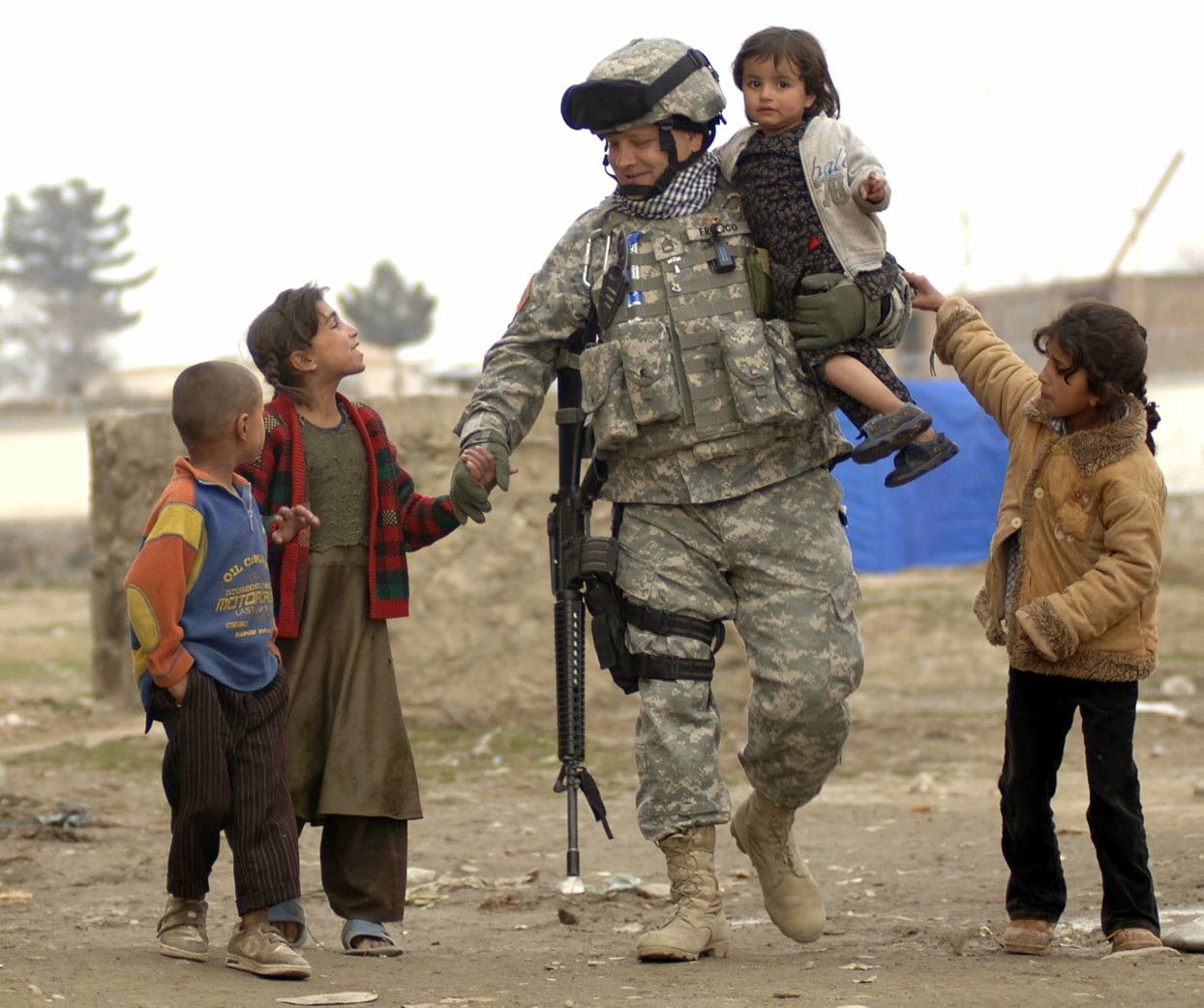 An archive picture from the DoD.  From 2003, we cannot know if these children are still alive, BUT it is my prayer that all Afghanistan children are allowed to grow in freedom and peace. 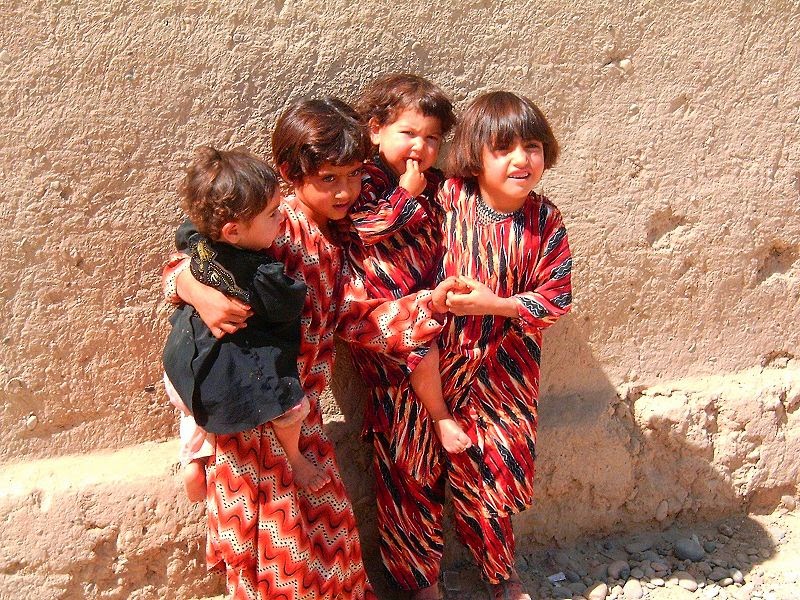 An archive picture from the DoD.  From 2003, we cannot know if these children are still alive.

Holding them all in my heart.