Ukraine: "Then they came for the Catholics..." 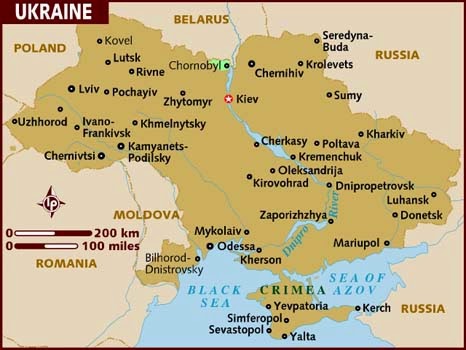 Recently there was worldwide upheaval upon hearing that Jews were allegedly being forced to register in Eastern Ukraine. There were mixed reports that followed, including reports that it was all a hoax; of course, it’s difficult to know the truth when dealing with Russian news sources.  However less-reported stories are leaking out that the Catholic Church in Crimea has been driven nearly completely out of the region by their new Russian handlers. This Catholic cleansing has gone relatively unreported and undeterred, causing many of Ukraine’s Greek Catholics to fear a return to the days of the underground church which existed from 1945 until 1989.

During the time of the Soviet Union’s rule of Ukraine the laws of the state refused to acknowledge or grant permission for practicing or promoting beliefs to any religious groups other than the state run church....

From 2006 to 2010, Fr. Zhdan served as chancellor of the Odesa-Krym exarchate, which encompassed both the mainland port city of Odesa and the Crimean peninsula.
Since late February the peninsula has seen the emergence of pro-Russian troops, who have taken control of its airports, parliament, and telecommunication centers.
Referring to the kidnapping of three Ukrainian Greek Catholic priests in Crimea by pro-Russian forces over the weekend, Fr. Zhdan stressed that one such case could be called a mistake, but that “multiple kidnappings are not an accident.”
On March 15 Fr. Mykola Kvych, a naval chaplain stationed in Sevastopol, was detained immediately after celebrating a “parastas,” a memorial prayer service for the dead. The following day Fr. Bohdan Kosteskiy of Yevpatoria and Fr. Ihor Gabryliv of Yalta were also reported missing. ...

PAY ATTENTION!
Posted by The Brat at 2:23 AM

Email ThisBlogThis!Share to TwitterShare to FacebookShare to Pinterest
Labels: Ukraine Catholics under attack