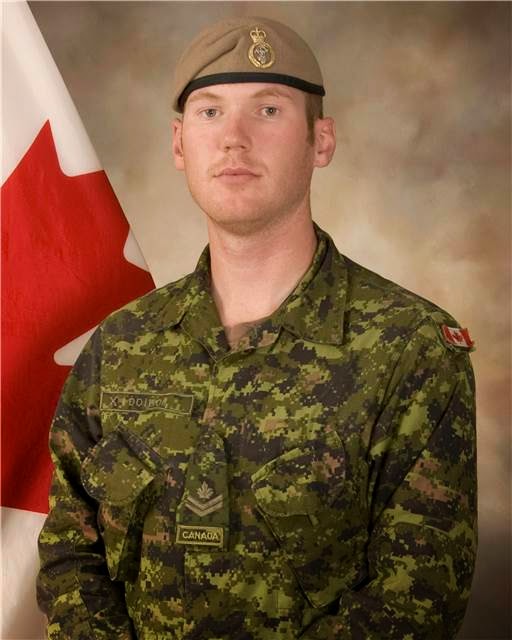 OTTAWA—A Canadian Armed Forces soldier was killed yesterday, March 6th, 2015 in Iraq at approximately 3:50 p.m. local Ottawa time in a friendly fire incident when members of the Special Operations Forces were mistakenly engaged by Iraqi Kurdish forces following their return to an observation post behind the front lines.

Killed in action was Sergeant Andrew Joseph Doiron, from the Canadian Special Operations Regiment, based at Garrison Petawawa, Ontario.


Three other members were injured in the incident and are receiving medical care for their injuries.


Our thoughts are with the families and friends of our fallen soldier and the injured members during this difficult time. We will not forget the sacrifice of this soldier as we continue on our mission to help advise and assist the Iraqi Security Forces in their fight against the so-called Islamic State (ISIL).


Related:  Sgt. Andrew Doiron, Canadian soldier killed in Iraq, made military his 'mission'
Posted by The Brat at 2:55 PM

Email ThisBlogThis!Share to TwitterShare to FacebookShare to Pinterest
Labels: Sgt Andrew Doiron, Some Gave All