Terrorism 101: Who is who in the cast of characters? 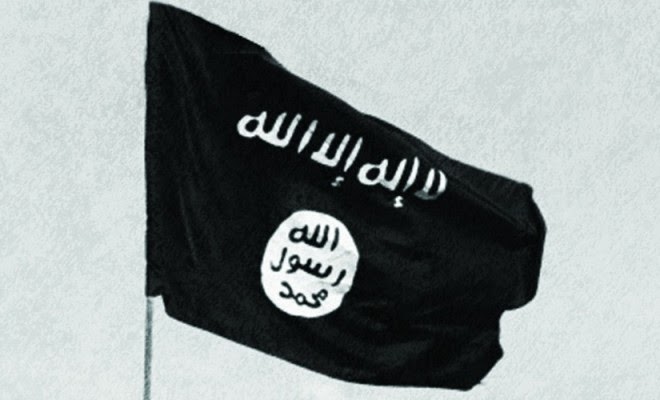 These days, it is hard to keep up on all the different terrorist groups murdering, terrorising, their way around the globe.

As we watch the politicians change with the wind which despots they will support; for example, Obama was against Assad before he became an ally, and stood with Israel before he shared their nuclear secrets AND sent in political operatives to help unseat Netanyahu in their last elections,  it might be difficult to keep track of which group is our designated enemy du jour.

However, fortunately we do have people who continue to pay close attention to who is doing what to who.

From This Ain't Hell:

That confusing fight in the Middle East


So, get your program out so you can follow this thing; While we’re negotiating with Iran over their nuclear ambitions, we’re flying US aircraft in support of Iranian troops in Iraq. We’re also supporting the Saudis as they begin to whack Iranian-supported rebels in Yemen. The war in the Middle East is shaping into a war between Sunnis and Shi’ites. From Fox News;


Top Sunni clerics have voiced their support for the Saudi-led intervention in Yemen Friday, while top Iranian leaders including President Hasan Rouhani have already condemned the intervention.

Hassan Nasrallah, the leader of the Shiite group Hezbollah in Lebanon condemned the “Saudi-American attack,” saying “it is the right of Yemen’s people, who are brave and resilient, to fight and resist, and they will succeed.

U.S. officials told the paper that Saudi officials have requested air tankers to refuel planes and for more American-made bombs to continue with the strikes. The U.S. is preparing to help the Saudis once the requests are approved in Washington.

Under the plan, the U.S. would step up its role in a new military coordination center to aid the Saudi Arabia-led campaign.

Meanwhile in Switzerland, the western nations are trying to hammer out a deal to rein in Iran’s nuclear ambitions while Iran seeks to have the sanctions against them lifted, according to AFP;...


Jonn has many of the details right, but it gets better, as far as confusing storylines go.
The Mehdi Militia, aka Badr Brigade, aka Hezbollah of Iraq has already pulled back from Tikrit to protest US air strikes against their enemy, ISIS. The Mehdi Militia was the name used during the Iraq war and Moqtada al-Sadr is their leader. His little band of Shi'a Islamists was the principal terrorist organization responsible for US and British deaths from Baghdad to the port in the South.


ISIS, their enemy is trying to overthrow Bashir Assad in Syria, along with their former associates, Al-Qaeda. ISIS was formerly known as ISI, or the Islamic State of Iraq, which was the "political" umbrella of Al-Qaeda in Iraq, and has been led by abu Bakr al-Baghdadi since we killed Al-Qaeda's original leader in Iraq, al-Zarqawi, a Jordanian terrorist.


In Yemen, the Huthi rebels are agents of Iranian Islamists, ran by the Quds Force of the Revolutionary Guard, which also run Hezbollah in Lebanon and Syria, and the Mehdi Militia in Iraq. Their principal enemy in Yemen is Al-Qaeda, as the government of Yemen has fallen, after the order by Obama to the elected head of state in Yemen to abdicate in 2010. His replacement was too weak to prevent an Al-Qaeda takeover and actually invited the Huthi Shi'a Islamists into the fold, just as Iraq has done with the "Badr Brigades."


In 2012, the Obama Administration was funneling arms and training to al-Nusra in Syria, via Saudi Arabia and Yemen. Al-Nusra is al-Qaeda's arm in Syria, which both Yemen and Saudi Arabia were ostensibly fighting in their own countries.

In 2010, the Administration supported a Muslim Brotherhood uprising across the Middle East and particularly in Egypt. The Muslim Brotherhood is the forefather of Islamic Jihad, al-Qaeda, Hamas, ISIS, and basically every other Islamist terrorist organization in the world. In fact, when OBL took over "the Services Bureau," he set up a partnership with AQ's current leader, al-Zawahari, who was a long term member of the Muslim Brotherhood, and then led the Islamic Jihad.


Qaddaffi had turned against terrorism and given up his WMD in the wake of the Iraq War in 2003. When the current administration successfully got him assassinated, the AQ prisoners in his prisons were released back to the battlefield. Al-Qaeda returned the favor by killing 4 of our diplomats in Benghazi.


Meanwhile, the do nothing attitude leaves Libya in chaos as both ISIS and AQ build their base there, but in Egypt, the administration passively opposes the new secular government, allowing ISIS and the Muslim Brotherhood to gain toe holds there.


During the Cold War, much of the Middle East was under Soviet Influence. Now, it is increasingly falling to Islamist influence. If it takes hold, that will be hard for it to shake off, just as Afghanistan remained under it, a decade after it was liberated, despite its long history before the Soviet Invasion of Secular and Western ideals.

Fact is, every single day cowardly  terrorists kidnap, maim and murder innocent citizens and families.  No matter what name our politicians decide to assign them ('JV'   or 'workplace violence,' or even 'lone wolf attacks') unless and until we call these vicious killers what they are, the world community will continue to fall prey to this latest brand of terrorism.


Politicians need to make serious commitments to ridding us all of this scourge, and quit with their meaningless, empty political, dangerous gestures..

This is not the time for any of our politicians to be ignorant or 'confused' as to who or what we are all facing.

This IS the time for politicians to educate  themselves,  (learn from history, maybe?) and then forcefully fight back against these terrorists.  This IS the time for nonpartisan, global,  agreement to define an effective strategy to eradicate - not degrade - any and all islamist murderers, no matter where they are found, or what label they choose to hide behind.   Nothing else is acceptable.