US Medal of Honor Day 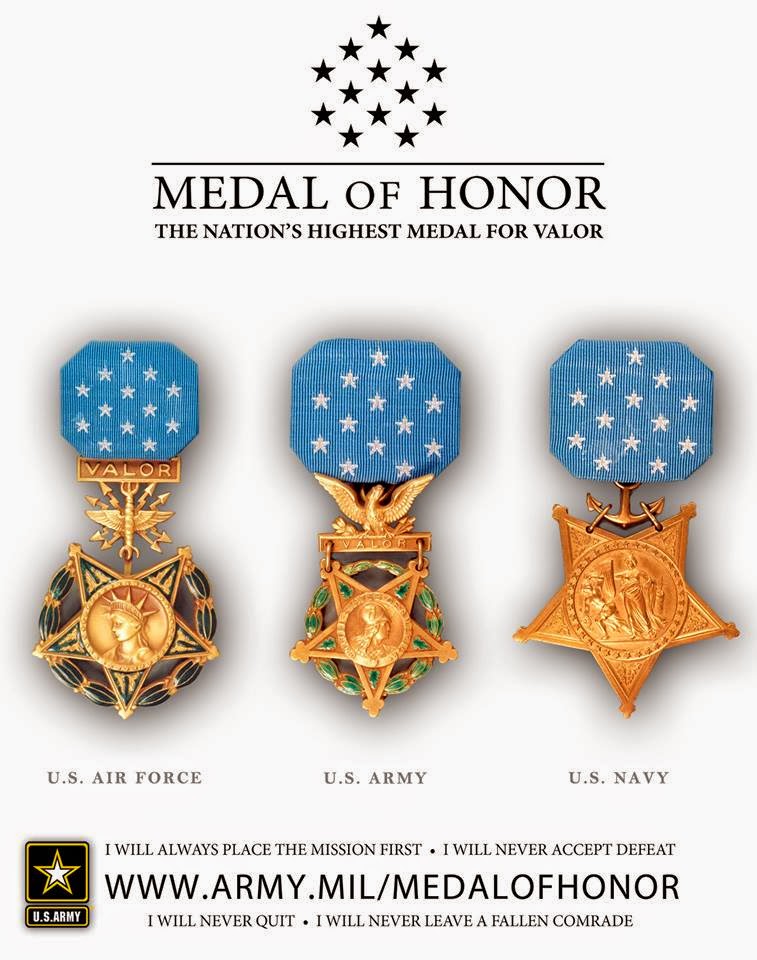 Today we honor the 3,493 recipients of the Medal of Honor for their service above and beyond the call of duty. In 1990, Congress designated March 25 as "National Medal of Honor Day” because it was on this day in 1863 the first Medals of Honor were presented by Secretary of War Edwin Stanton to six of the surviving members of the Andrew’s Raiders for their actions during the Civil War.   [GO read that history.]


The Medal of Honor


The Medal of Honor is the nation's highest medal for valor in combat that can be awarded to members of the armed forces.


The medal was first authorized in 1861 for Sailors and Marines, and the following year for Soldiers as well.


Since then, more than 3,400 Medals of Honor have been awarded to members of all DoD services and the Coast Guard....

Email ThisBlogThis!Share to TwitterShare to FacebookShare to Pinterest
Labels: Medal of Honor Day