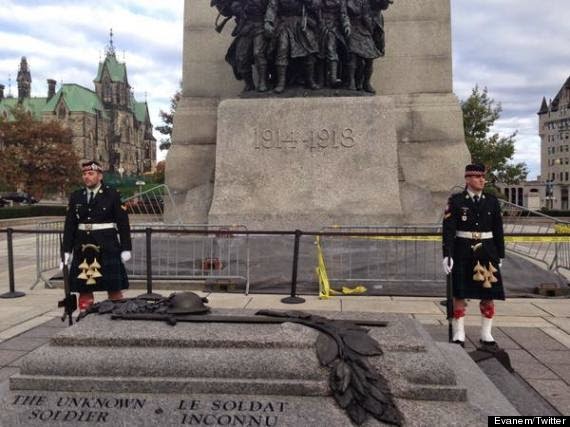 Last October, we all reeled in horror as Cpl Nathan Cirillo was murdered by a terrorist as he and his friend Brandon Stevenson proudly stood - unarmed -  guarding Canada's War Memorial.

Today, from the CBC comes this news:

Cpl. Nathan Cirillo and his fellow sentries at the National War Memorial were no mere figureheads, posted in crisp uniforms at the downtown Ottawa monument for the benefit of tourists.


They sometimes had to deal with loud drunks, boorish visitors, pushy parents, roving vandals, torrential downpours and sweltering heat, all the while keeping their cool, their calm and their dignity.


Daily duty reports written in the weeks leading up to the tragic shooting death of Cirillo on Oct. 22 last year show that standing guard at the Tomb of the Unknown Soldier could be challenging — even abusive — for dutiful young reservists.


"A couple of disrespectful comments such as 'real soldiers don't need weapons' and 'this is stupid, standing there for no real reason, they can't move anyway … so F*&% them,'" says one report.


When sentry duties at the tomb resume today, there will be Ottawa police officers providing protection, with the military paying the $425,000 cost for the season. The sentries' weapons will continue to carry no ammunition....[emphasis mine]

The murder of Cpl Cirillo  always also makes me think of Ft Hood where unarmed US Soldiers on their Military base were killed by a terrorist.  I will never understand why our Military men and women should be unarmed on their bases or when on duty at home. Insanity.
And now we are paying police to protect our Troops.  What a terribly sad statement of what we have become.
Rest In Peace,  Cpl Cirillo. 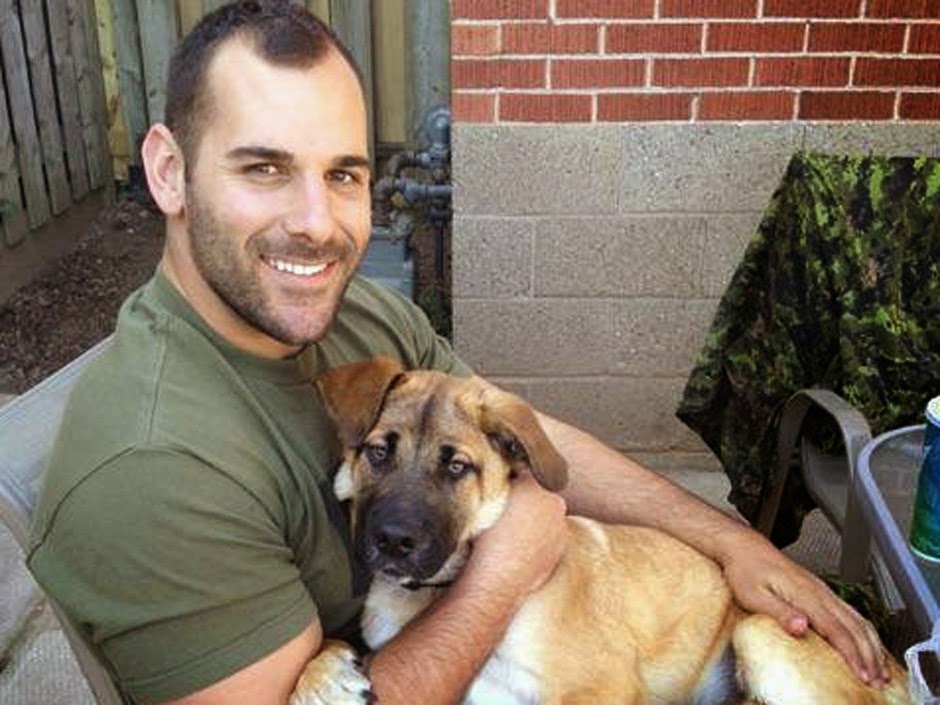