This specific story is out of the UK, but it is not unique to Britain. There is not a day goes by that girls who are prisoners under Islam around the world don't fall prey to the terrorist practitioners of the perverted misogynistic cowards who exert control over every aspect of these girls' lives.

Aisha Elahi: Change is Needed Now to Help My Shackled Sisters
Parallel societies have developed in England where family honor can be more imporant than life. Aisha Elahi spoke to Clarion about this world.
BY ELLIOT FRIEDLAND
Thu, April 9, 2015

Aisha Elahi is an author and was born and raised in the UK. She grew up in a strict conservative Muslim environment and encountered honor violence and abuse first hand and watched it happen to many of her friends. She wrote a book about the experiences of South Asian women in the UK who experience honor violence called Shackled Sisters (available now on Amazon).

She graciously agreed to speak with Clarion Project Research Fellow Elliot Friedland about her book and her life.

She also included an excerpt from her book 'Shackled Sisters' included at the end of the interview.


Clarion Project: Could you describe your upbringing for our readers, who may be unfamiliar with the duality of living in the West but in a traditional Muslim environment?


Aisha Elahi: Being brought up in a strict Muslim environment in England was something that was normalised.  The community tends to stick together and so, we were raised alongside other Muslim families.  My primary school was completely Muslim, there were 6 mosques within walking distance from our house.  We had Indian shops, Pakistani shops, Bengali shops at our doorstep.


I had no white friends, or friends from other religions until I was 17, its like living in a silo, everything is shielded from you.  I had to attend mosque every evening, 5 days a week after school and in mosque, I along with my siblings, were taught how to live our lives as good Muslim women.
We wore shalwar kameez and headscarves to primary school and of course, to mosque.  we fasted as children during the month of Ramadan and lived our lives like we had been taught to. Our friends around us, girls from other Muslim families did the same- it was normalised.  Everyone else around us was doing that and so we did it too.


Elahi: I was raped by an Asian man (he was 24 I was 15) whilst at school.  In truth, this man would wait for me every lunchtime, every evening, and shower me with gifts. So I agreed to meet him outside of school and he raped me.  I told school who in turn notified my parents.  My parents felt the best thing to do, seeing me as 'used' now, was to force me into a marriage abroad with a man 19 years my senior.  He abused me for months before I was able to return back to the UK.


For example, one friend of mine, forced into marriage in Pakistan, was then forced by her parents and family, to call her 'husband' to the UK.  she was pressurised, emotionally blackmailed and regularly beaten until she confirmed to her parents wishes.


Once he arrived to the UK, he lived away from her and her family working to earn money and send it back to his parents in Pakistan. ...

PLEASE go read the rest of this woman's harrowing - unacceptable story. Then ask yourself, as I often do:  WHERE are the so-called feminists?  Their silence - as always - is deafening.

Related MUST READ:  “Don’t Be Ridiculous” – A Simple Message To Western Feminists From Ayaan Hirsi Ali 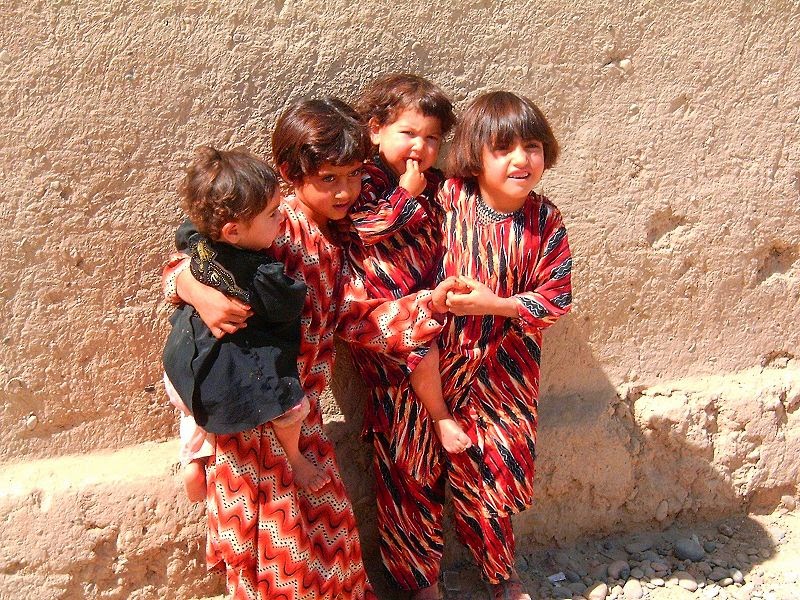 Afghan girls
Posted by The Brat at 2:14 AM